TWO WINTERS IN A TIPI 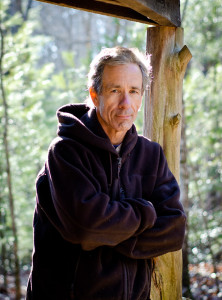 Here is a quick news update.

Author Mark Warren, director of Medicine Bow Wilderness School, will be at the University of Georgia in Athens to discuss his recently published memoir Two Winters in a Tipi. The event will be held at 3 p.m. in the 5th floor Reading Room of the Miller Learning Center at the corner of Baxter and Lumpkin. Enjoy refreshments, comfortable chairs, and literary conversation. 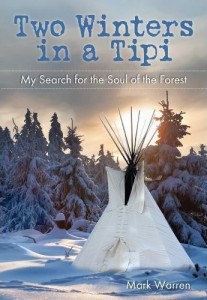 Also be sure to check back for more articles on Master Woodsman from Mark Warren.

If you would like to purchase Marks book, you may find it amongst our other survival and bushcraft books.

But for ease and simplicity, I’ll offer it below, immediately available for purchase through Amazon.

If you haven’t ever purchased an item through Amazon, rest assured you’ll love just how fast and easy it is.

Here is a foreward review by one of Marks readers:

“In 1989, a midnight August storm unleashed a bolt of fire, connecting heaven and earth through the mountain farmhouse in which I had been living for the past seven years,” writes Mark Warren, a naturalist and educator for the Georgia Conservancy. The old dwelling’s tin roof had reflected heat downward like an oven, creating a blistering inferno fierce enough to melt all his metal tools; it also claimed his piano, the manuscript of the novel he had been writing for seven years, and the music he had composed over the past three-quarters of his life. Fortunately, Warren and his dog, Elly, had been away for the night.

Left only with the clothes he had on, a knife, his guitar, and a few field guides that had been in his truck, Warren saw, with enhanced clarity, that life is the only thing that really matters, something he was sure Elly had known all along. His tragedy, he realized, brought both sorrow and freedom, and he chose to focus on freedom. With nothing to weigh him down, he took his chance at a childhood dream and decided to make his home in a tipi.

Warren’s fascination with the forested lands around his childhood home, where mystery whispered in the trees and Indian artifacts were everywhere to be found, had called him to become a naturalist, but it was his two winters living in the tipi that transformed his relationship with the natural world—he became intimately acquainted with the living things around him and the cycles of the heavens and the seasons.

Much more than a guide to building and living in a tipi, though it is certainly that, Warren’s book is a guide to all that is essential in a life well-lived—good companionship, pleasure in simple things, the deep, soul-filling joy of being alive and connected with the natural world, and the earthy, physical confidence that comes with knowing that one is capable of meeting one’s own needs.

Twenty years later, married, and living in a typical square home, Warren writes, “I am still running toward my passions just as I did as a child, running like the wind on a good day, at least symbolically … I was right: The land has shaped me, left its indelible mark. Every herb and tree and shrub is an old friend now.” His two winters in a tipi, now a cherished memory, fill him with gratitude “for every night under that circle of poles, for every call of owl or fox, for every lesson of honesty that only solitude can teach.”

Boxes or Circles
The Bear is Coming Back