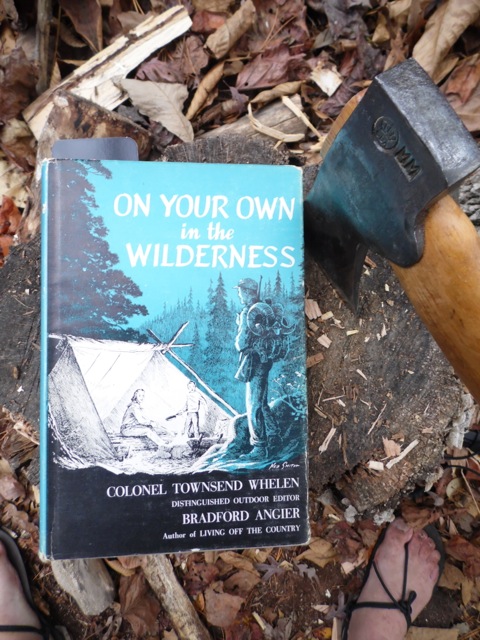 Last year I wrote an article which included an excerpt from the book, On Your Own in the Wilderness by Townsend Whelen and Bradford Angier. In that article was a quote mentioning the Camp-Fire Club of America (CFCA). I, and my friends who study and appreciate Classic Camping, have seen mention of the CFCA in text from the early 1900’s and obviously up to the late 50’s; however, we assumed they simply did not exist these days.  And little did we know the extent to which they have and what they continue to do for conservation.

As fate would have it, Shawn Orbanic, a current member and past historian of the club, saw the article. As my new friend Shawn says, “the Camp-Fire Club is 117 years old and going strong.” Having the privilege of attending their 2014 Big Game Dinner and making more friends in the club earlier this year, I can attest to that statement being more than true! What a great bunch of guys! 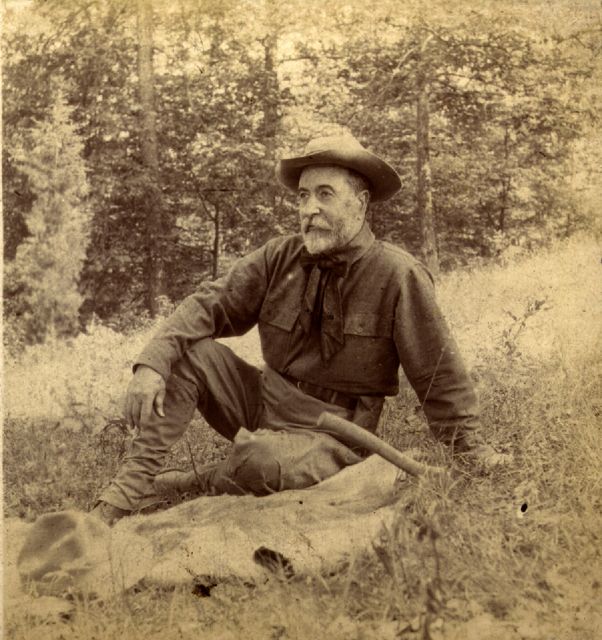 We hope to do a more in depth article on the CFCA and its history later this year. As a country, we owe much to the CFCA for their conservation work and more. Started in 1897 and being formally incorporated in 1904, the CFCA was the idea of Dr. William T. Hornaday who was brought to New York by the Boone & Crockett Club (B&C) to run the New York Zoological Society.

Started as a social club, members would return to the club after visiting the far corners of the world revealing what was happening to wildlife and their habitat. Quickly, the CFCA became a club of conservation with a stated purpose to “combine into a parent and allied clubs, sportsmen of America that, through effective organization, proper support maybe given to game protection and forest preservation measures both state and national.”

Theodore Roosevelt and Gifford Pinchot joined CFCA; they and other club members in conjunction with B&C worked together on establishing parks, wildlife and forest preserves, and restoring wildlife habitat. If there was a conservation effort involving management or protection, it is highly likely a CFCA member and/or their Conservation Fund were involved.  They have accomplished far too much to even start a list in this short article. 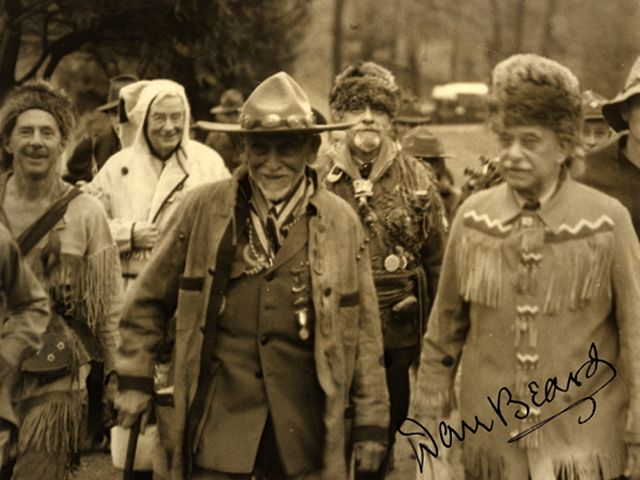 And conservation is just part of the CFCA legacy. Other early members included Ernest Thompson Seton and Daniel Carter Beard. Seton had his Woodcraft Indians and Beard had his Sons of Daniel Boone.  Robert Baden-Powell had met with both Seton and Beard (separately at first) and subsequently wanted to start a similar organization in England. 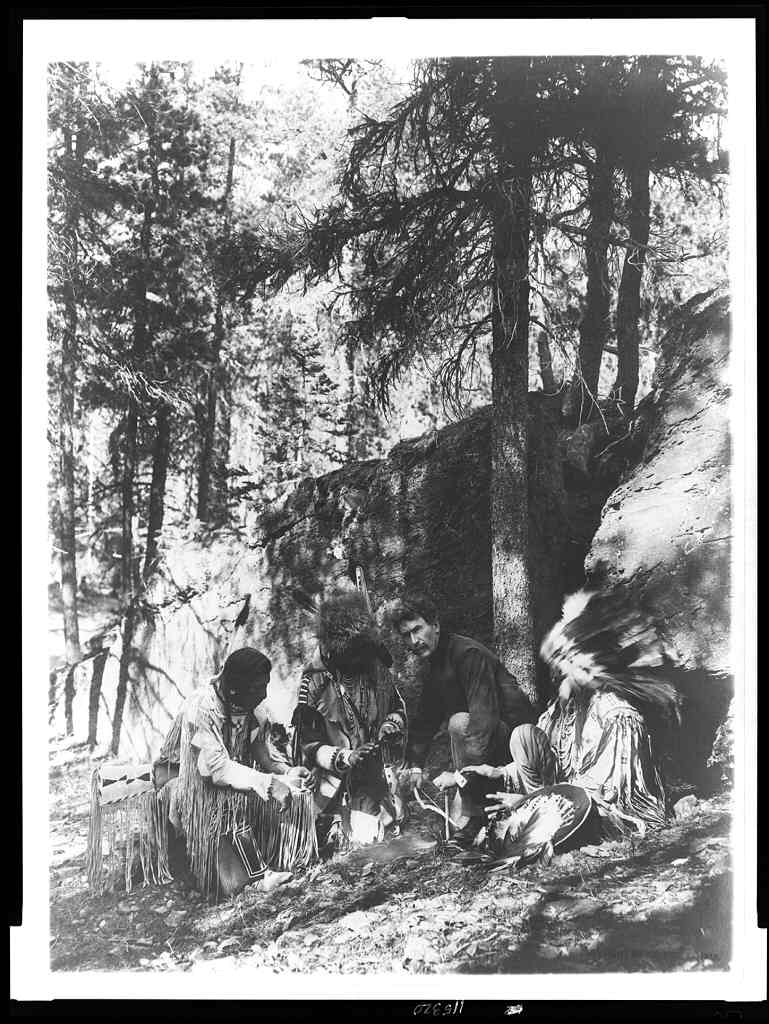 In 1908, the Boy Scouts started in England and quickly spread to other countries.  In 1910, the idea (originally Seton’s and Beard’s according to the CFCA) was incorporated in America as the Boy Scouts of America. Seton wrote the first Boy Scout Handbook in 1910 and served as the organization’s first chief scout. Beard was the national commissioner from 1910 until his passing in 1941, and TR was the vice president and chief scout citizen.  Many other CFCA members served on the board and committees.

While Seton wrote the BSA Handbook, interestingly, there were numerous writers associated with CFCA. Warren Miller, Zane Grey, Townsend Whelen, Bradford Angier and host of others. From 1910 to 1917 Field and Stream (now the magazine) was the newsletter of the CFCA. Other names you may have heard of include Charles Sheldon, William F. Cody (Buffalo Bill), David Abercrombie, and Ezra H. Fitch.

And speaking of Abercrombie and Fitch (name sound familiar), they did a great deal in producing camping gear when the populace was looking to escape the city, i.e., towards the end of the industrial revolution. Many ideas for their gear surely came from CFCA members, including the Whelen Lean-To.

There are many other facets of the CFCA and it’s history I hope to provide you in a later article. Right now, though, I would like to share a few pictures and videos of their Outings tradition, a promotion of Outdoor Skills. If you read Seton’s The Book of Woodcraft, you will find many ‘Games for Camp’ and other skills that translate to BSA. Many of these skills are competitive events at CFCA Outings even today. Events such as Canoeing, Shooting (rifle, shotgun, pistol), bait & fly casting, and fire skills through the flapjack and water-boil events. For over 100 years, the CFCA has kept the focus on outdoor skills in the forefront. I know you will enjoy the photos below of these Master Woodsmen of Yesteryear. Further below is a video with clips from Outings 50+ years ago as well as my friend Shawn keeping the tradition alive in 2014.

1910 Outing at Ernest Thompson Seton’s Wyndygoul in CT. Some of the names in this picture include Dan Beard, W.T. Hornaday, David Abercrombie, and Edmund Seymour. 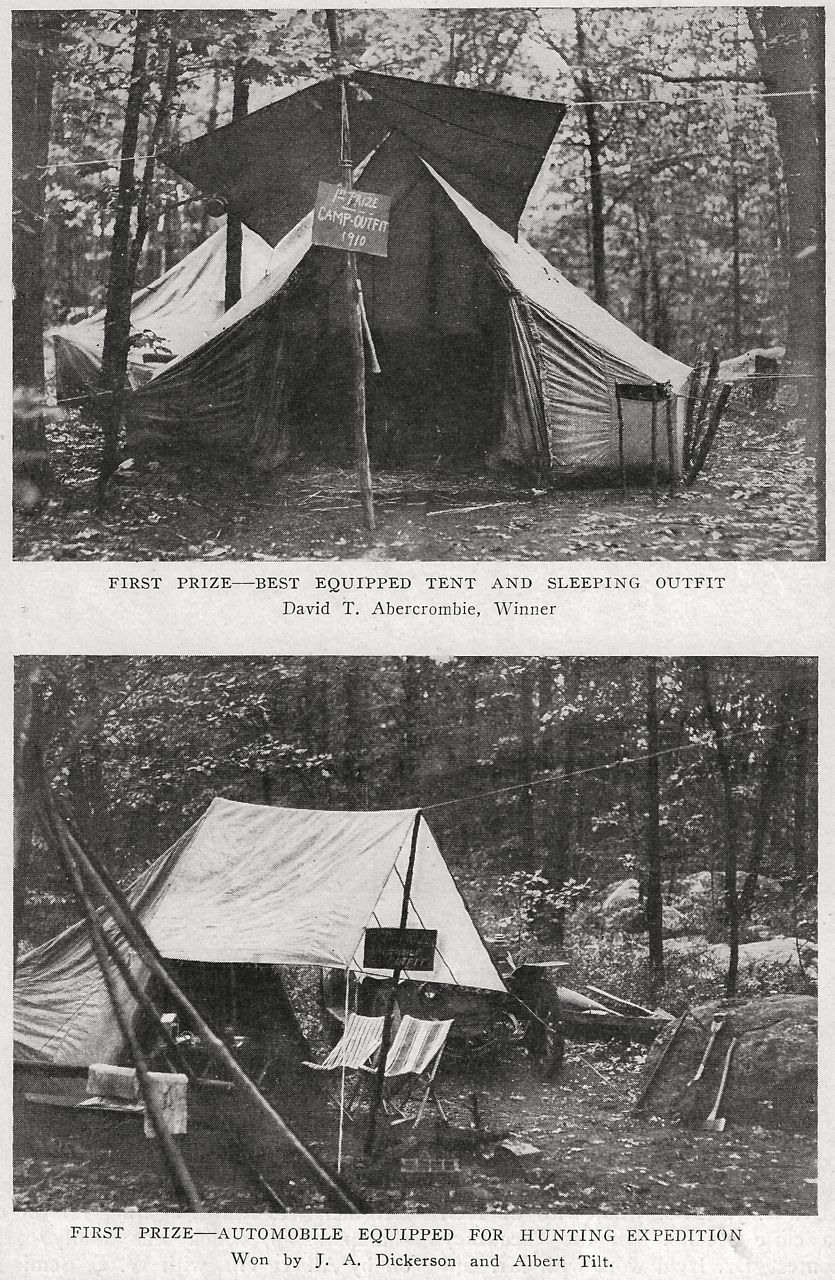 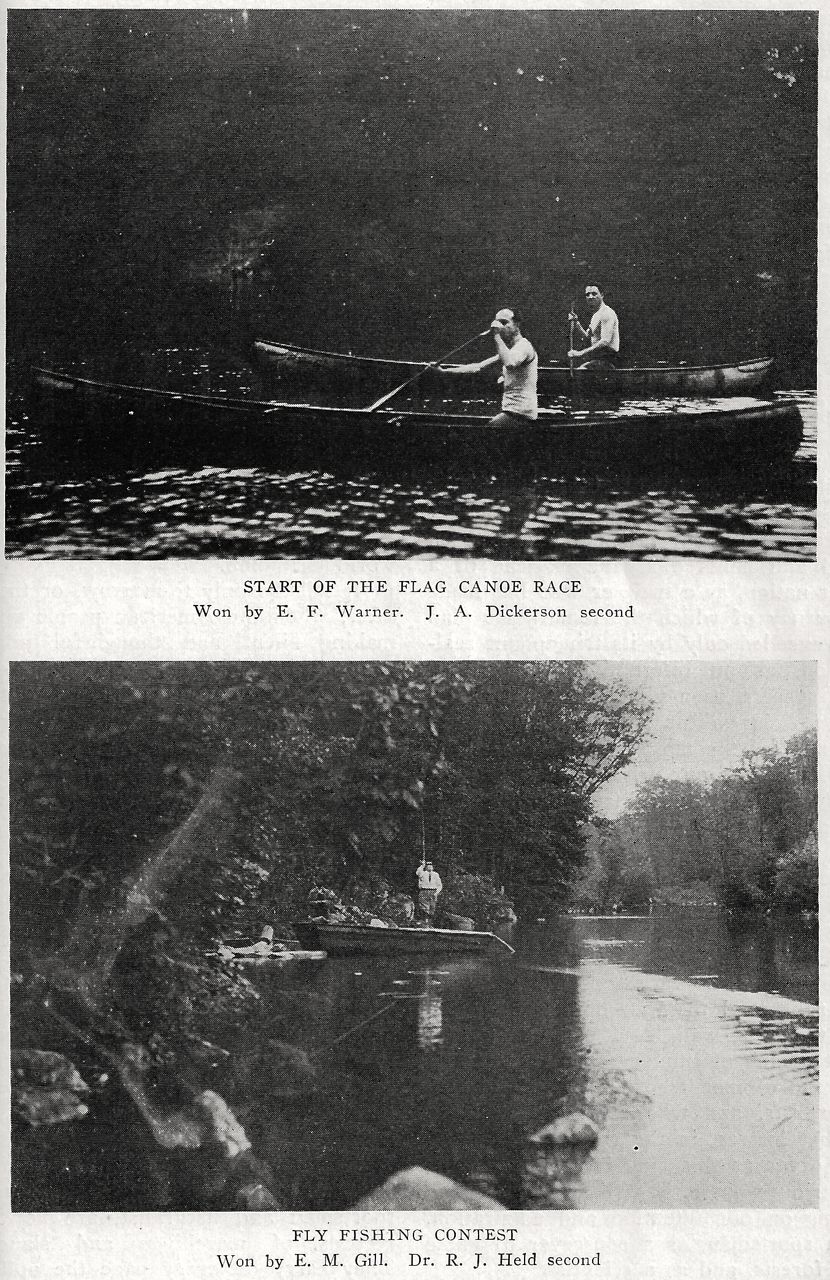 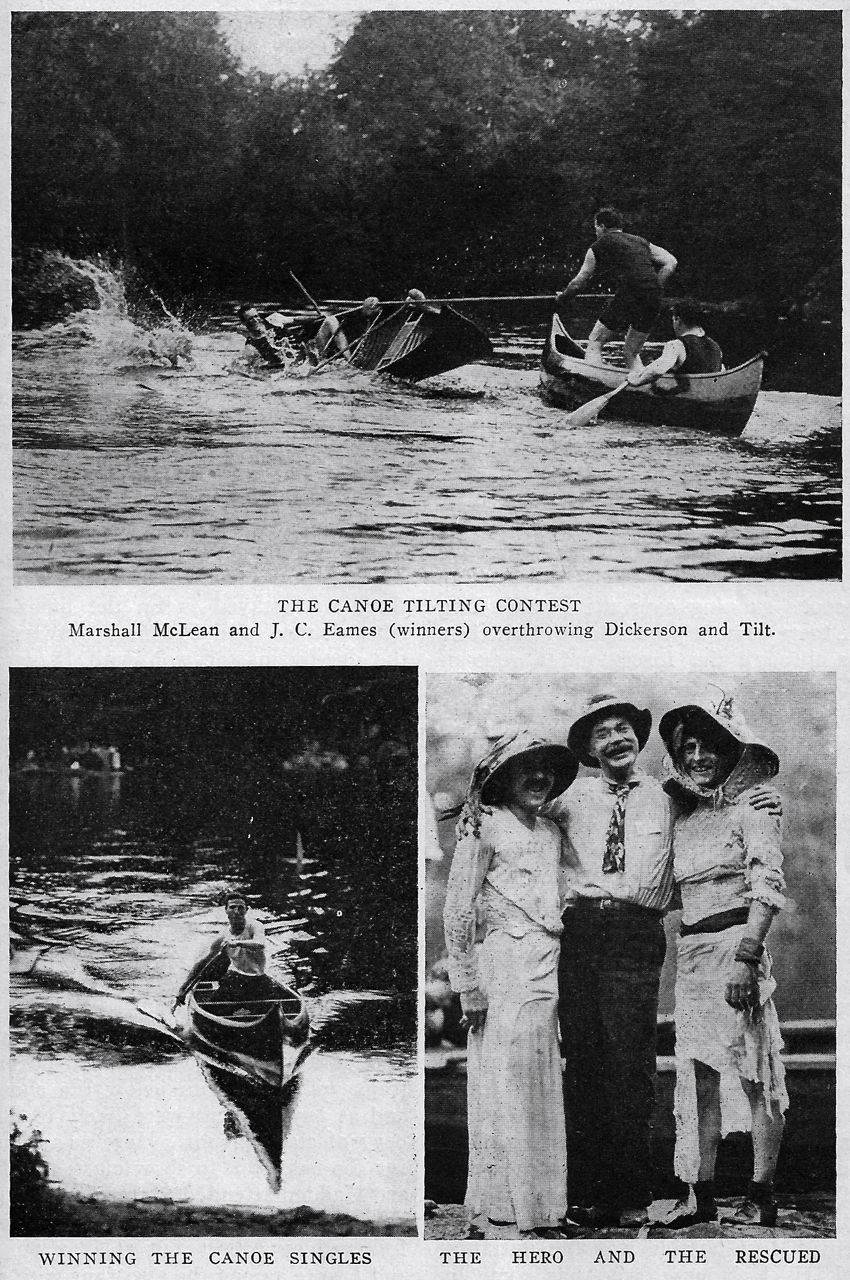 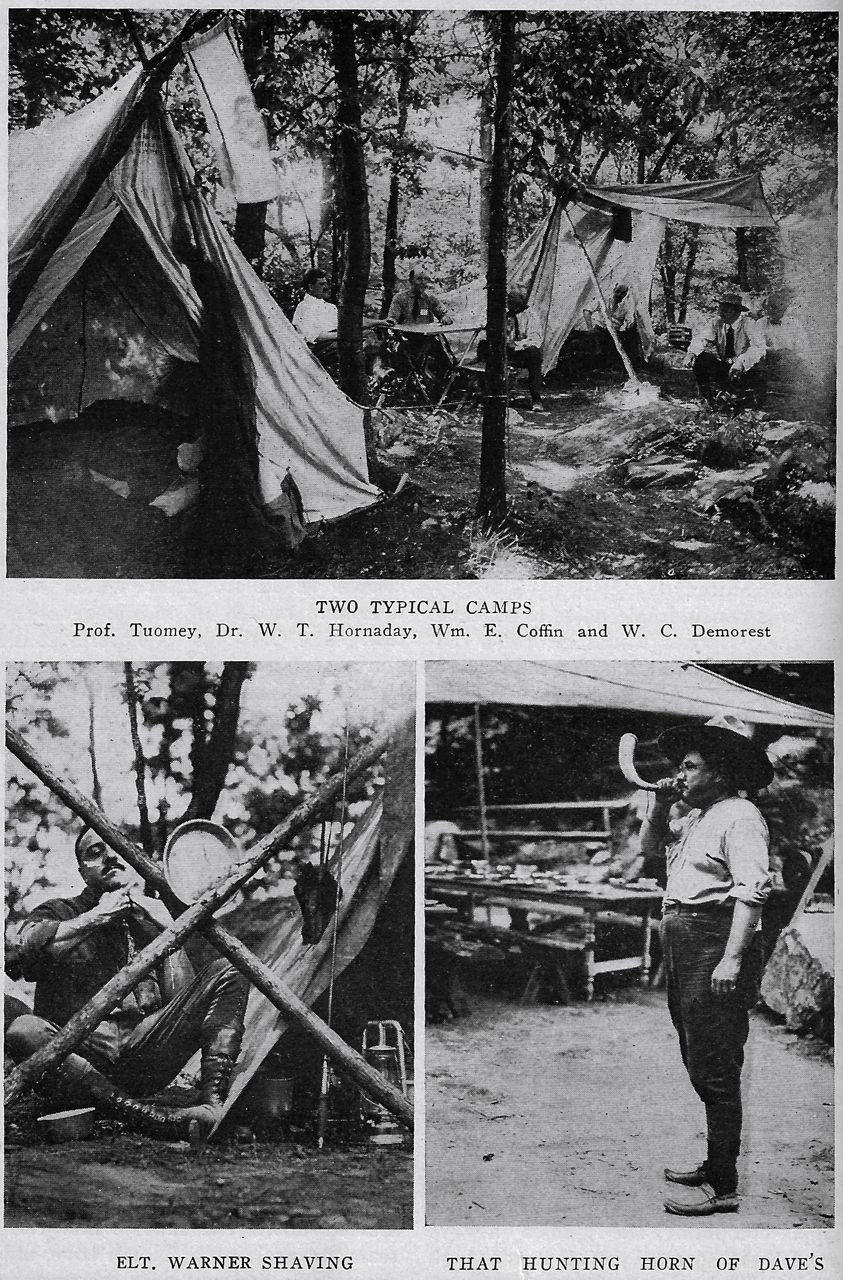 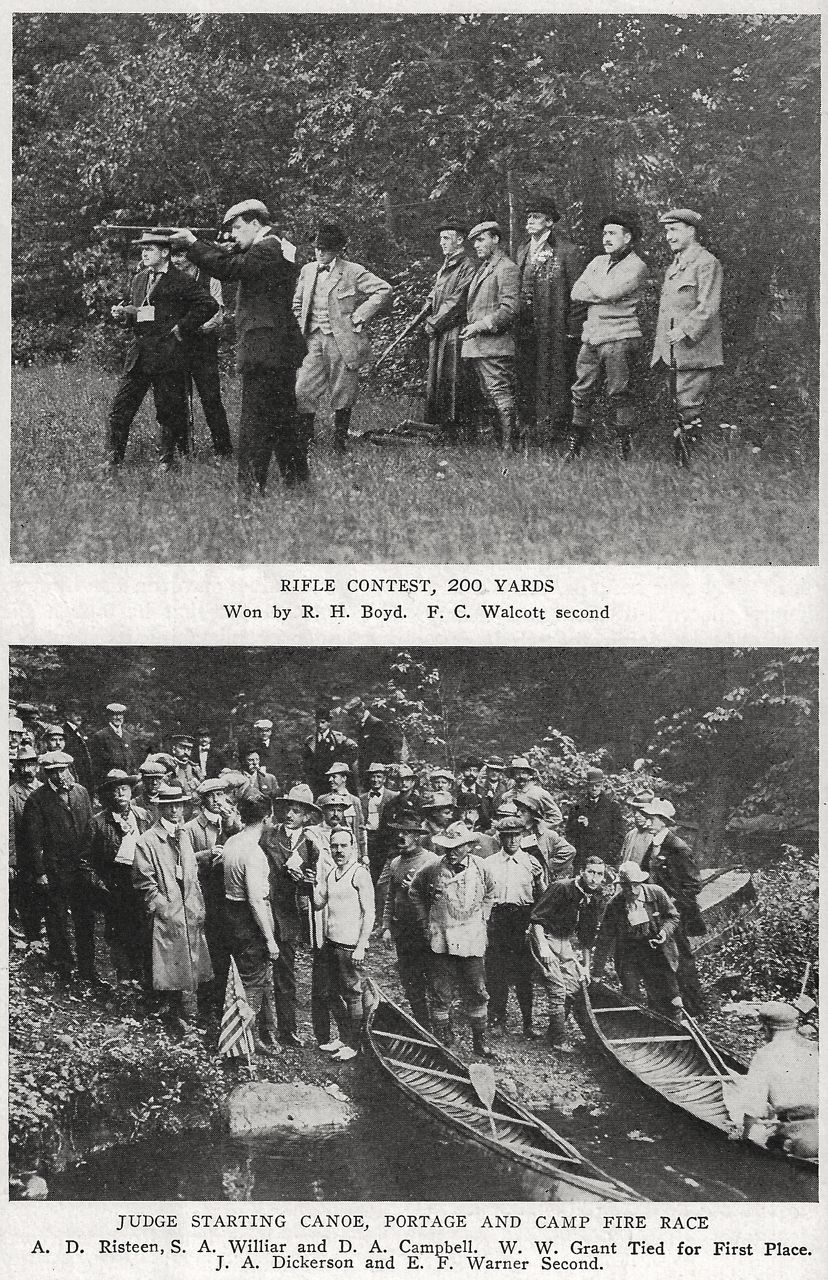 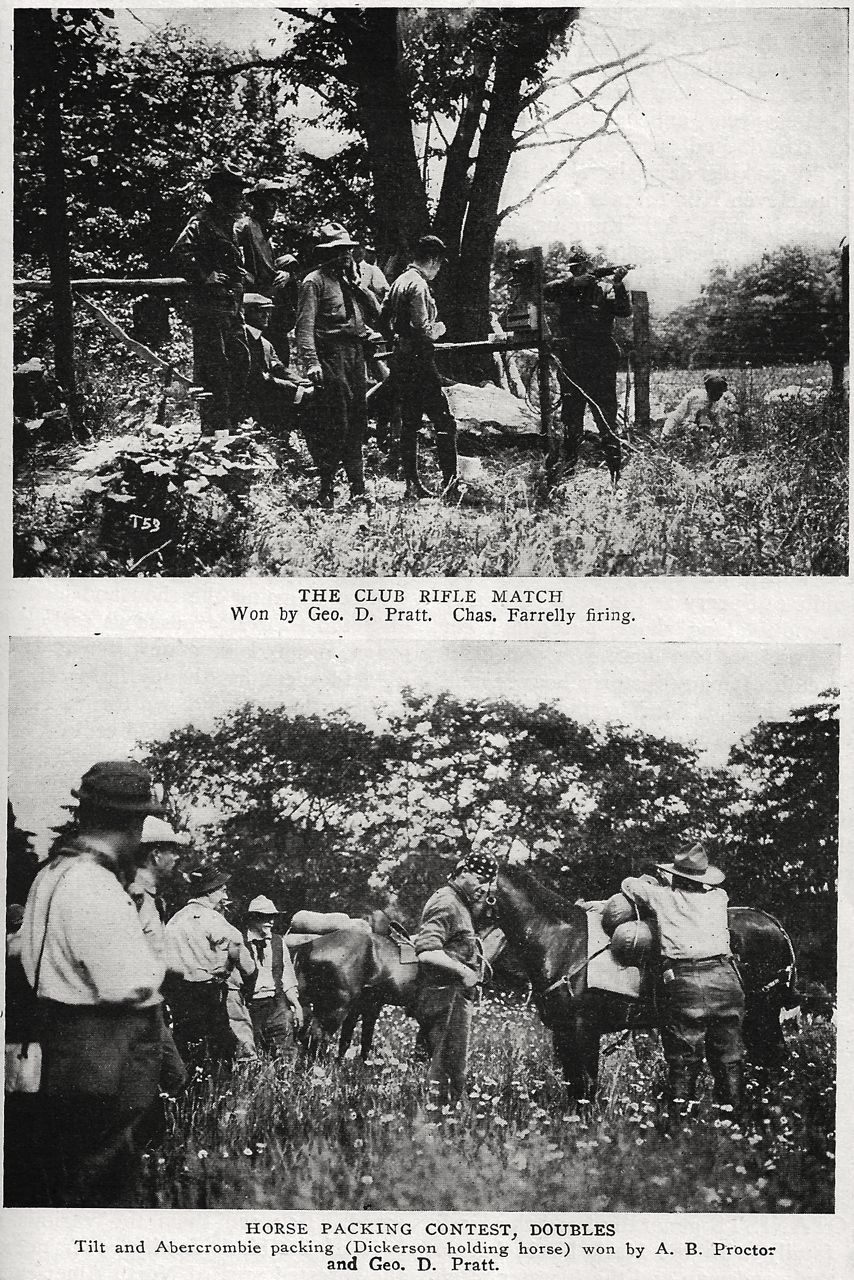 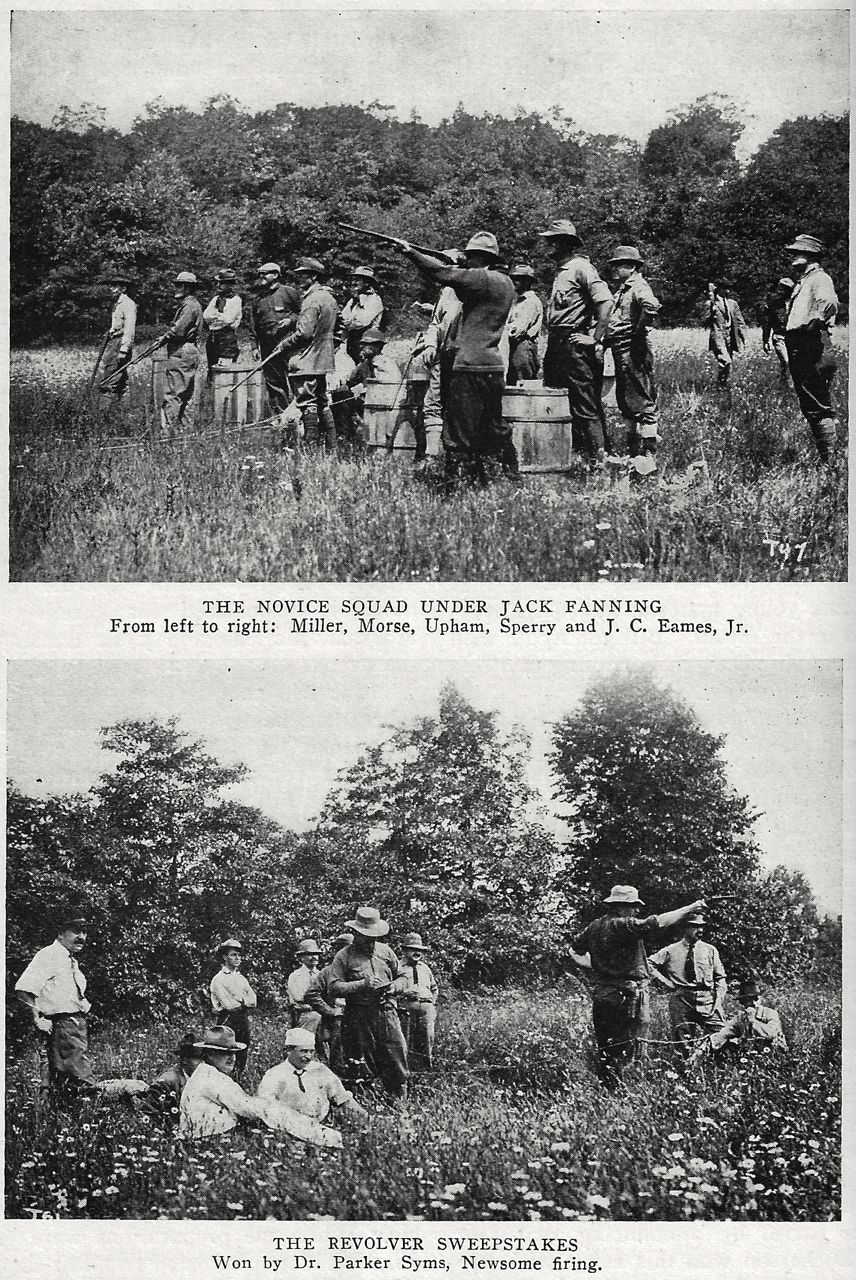 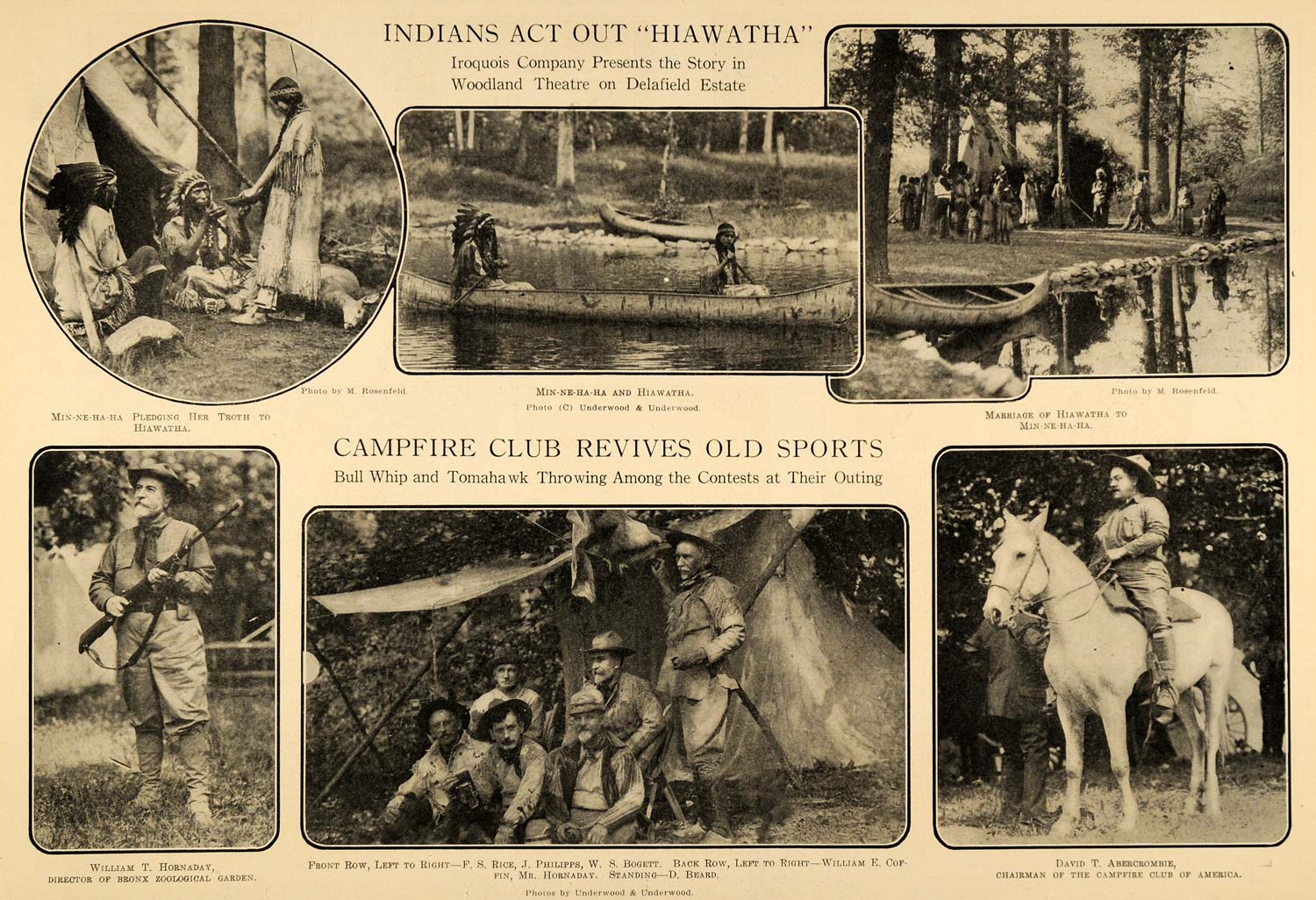 Special thanks to my CFC friends Shawn and Jeff.  Happy Trails!