Trees You Should Know…

Willow Haven Outdoor has a great article posted on their website, 6 Trees Every Survivalist Should Know & Why.

Here is their list, you’ll have to go their site for the why:

To supplement Creek Stewart’s article, here is a video I made several years ago about White Pine which demonstrates harvesting the inner bark.  While the inner bark of pines are edible, as are a few other trees I’ve listed below, White Pine also makes a great medicinal tea should you have congestion.  Details after the video. 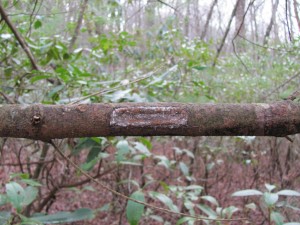 Two years later the branch has healed over from where I harvested the inner bark in the video. Do it ethically and with some forethought to minimize impact.

White Pine Bark is an excellent expectorant and is used to loosen and expel phlegm and mucous excretions from the respiratory system.  The inner bark has been a longtime standard herbal remedy for coughs, whooping cough, croup, bronchitis, laryngitis and chest congestion due to colds.

As a warming and aromatic stimulant, White Pine Bark is said to increase circulation and further help to overcome or prevent the onset of colds and flu by raising circulatory action.

White Pine Bark contains the second highest source (the first is Grapeseed) of nature’s most potent antioxidants, tannin compounds, called proanthocyanidins (also called OPCs for oligomeric procyanidins or PCOs for procyanidolic oligomers) that provide a high degree of antioxidant capacity, which fight free radical damage in the body.  These compounds allow the body’s cells to absorb vitamin C, which is helpful in protecting cells from the free radicals that can bind to and destroy cellular compounds.  These qualities may be helpful in building the immune system and fighting invasive material and other malignant infections.  They are classified as flavonols, and the way in which these versatile healing compounds are distinct from flavonoids is their simple chemical structure, which allows them to be readily absorbed into the bloodstream.  They work actively against fat-soluble and water-soluble oxidants, thus protecting the cells from damage, and their antioxidant activity is thought to have great potential in combating cellular damage caused by foreign infectious attack.

White Pine Bark’s OPCs, which may also be derived from Grapeseed, Red Wine, Hops, Pomegranate and various other fruits, nuts and beans, are believed to contribute to a lowered incidence of arteriosclerosis and coronary heart problems.  White Pine Bark is also an important source of resveratrol, which is thought to increase the levels of high-density lipoproteins (raise HDLs or “good” cholesterol) in the blood, while decreasing the low-density lipoproteins ( LDLs, or “bad” cholesterol) and thereby possibly helping to prevent heart attacks and strokes.  It is also said to prevent fat in the bloodstream from sticking together and clogging the arteries, which is thought to promote better circulation of blood throughout the body, especially to the heart.

The inner bark of White Pine Bark (cambium) is the source of resveratrol, a polyphenolic phytoalexin, which is produced in plants that is reputed to have antifungal properties.

According to recent research (2008) from Peninsula Medical School, England, the resveratrol found in Pine Bark, Grape Skin and Red Wine can protect against cellular damage to blood vessels caused by high production of glucose in diabetes, claiming resveratrol’s antioxidant effects are well documented. But the new research establishes a link between high levels of glucose, its damaging effect on cell structure and the ability of resveratrol to protect against and mend such damage.  Moreover, resveratrol could be a factor in blocking the damaging effect of glucose, which, in turn, might combat the often life-threatening complications that accompany diabetes and potentially be a basis of effective diet-based therapy for the prevention of vascular damage caused by hyperglycemia in the future.

In 2008, Italian researchers reported in Phytotherapy Research that supplements of Pine Bark extract may reduce the pain associated with arthritis of the knee by about fifty-five percent. The study also indicated an improvement in all osteoarthritis symptoms by fifty-six percent.

White Pine Bark is considered a diuretic, and as such, encourages the flow of urine, which is said to be very helpful in cases of urinary tract infections and kidney problems.

Contraindications:
Pregnant or nursing women should not use White Pine Bark Herbal Supplement.

I personally use the inner bark tea of White Pine with positive results when I get congestion.  However, it becomes a supplement to modern medicine if a serious infection occurs.

*Note: These are trees in the Populus genus, such as Eastern Cottonwood or Aspen.  Yellow (or Tulip) Poplar, is actually in the magnolia family.  Tulip Poplar is not a good common name for this tree, hence I try to refer to it as Tulip Tree.

My List of Trees/Plants As A Water Source in the Southeast:
Grapevine
Maple
Hickory
Sycamore – hit and miss

As with anything, go with moderation where you can — too much sweet-water or fiber and you are asking for a belly ache.  And speaking of belly aches, another good tree to know for a sour stomach is Sassafras.  The traditional tea from the root as a “spring tonic” is also a remedy for drinking bad water, etc., as long as it is not a virus.

If you are really digging the info from Willow Haven Outdoor and here, will give you one more video.  Know the difference between the more edible and wildlife friendly White Oak Group versus the Red Oak Group.

Finally, check out and bookmark our Flora of North America page if you haven’t already.  It is an excellent online resource.