By Christian Noble on November 20, 2013 in Primitive Skills, Wilderness Survival

Because it is such a quick trigger mechanism, you will find significant information on the Paiute Deadfall in ‘survival’ books and on the web.  At Rabbitstick this year I saw a modification that was new to me.  This mod makes it easier to set and I see no loss in speed.  Here is how you do it… 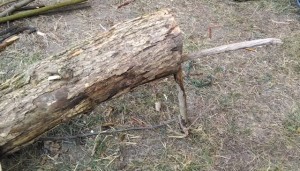 Note in this picture the toggle is within the cut notch and the cord is not wrapped around the support stick. By the way, the support stick looks like it is under the deadfall – it was not, just very close.

First a notch in the vertical support stick is cut facing the deadfall.  A corresponding toggle fitting the notch is replaced by the toggle that would normally wrap all the way the vertical support stick.  As such, the whole device does not twist as much and more importantly, the top piece piece can now be parallel to the ground where before the trap would have to look like the figure 4 with similar angles. 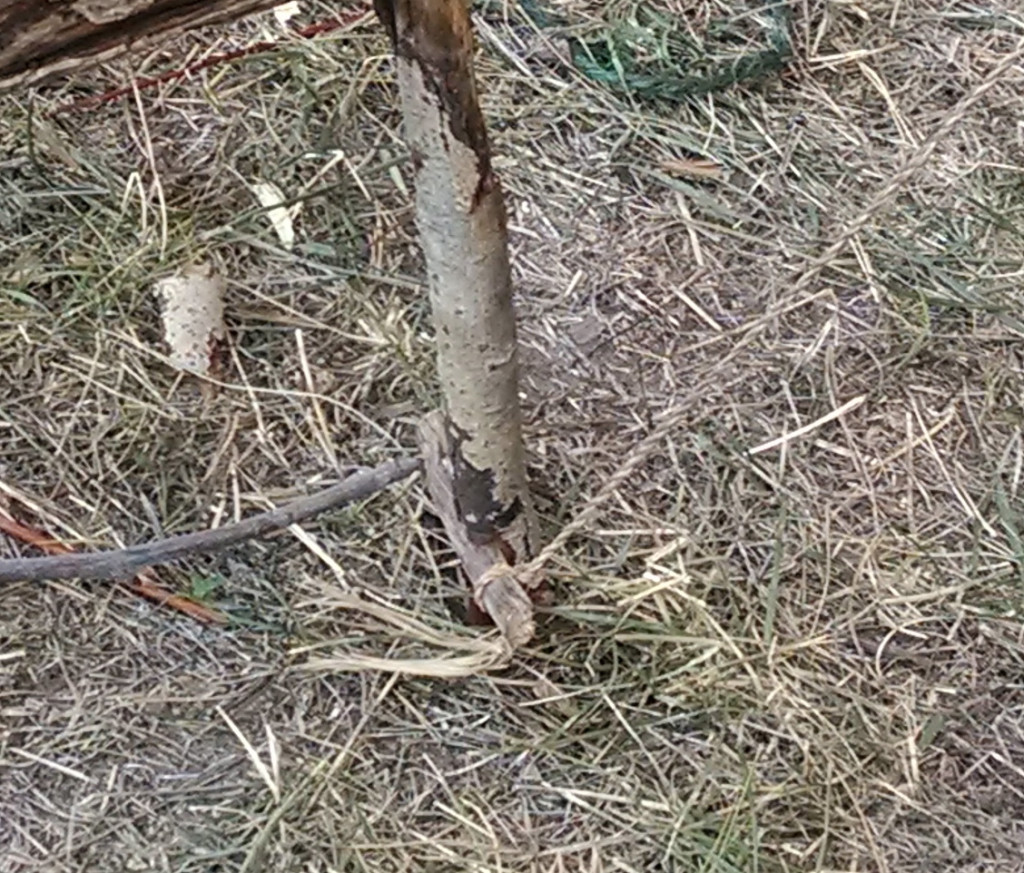 Close-up of the modified toggle for the Paiute Deadfall.

If the pictures don’t work for you, maybe this video will.  Then again, maybe it won’t…  Normally these are done in one or two shots, and in the case of this one, I would usually redo, however, it was too funny not to share.  MANY mistakes in my verbal description, just go with the visual!