Who is Earnest Hemingway?

He liked to open cans…and shoot hyenas for no reason.  Yep, Hemingway was a hand full if there ever was one.

I met him in Philip Percival’s camp just west of the Ngong Hills.  We got along well enough I suppose, but four days turned out to be just about enough.  I observed him to be a good shot and a tireless stalker—moving through the high grass with a boxer’s grace.

I can’t say much for his hygiene or his cooking skills,  but when it came to campfire conversation, he was the grand master—Paris, tarpon, Fitzgerald, guns, Cuba, cats, Roosevelt, books, fascists, fear, courage, cock fighting, and fly rods (and that was just the first night)!

Bror Blixen showed up on the morning of my last day.  Pretty soon we were all deep in the cups, and I realized I was in over my head with these two.  I left right before sundown and went looking for a quieter camp and the tamer company of lions.

I walked away with a standing invitation to a Gulf Stream fishing trip.   I’m still thinking it over. 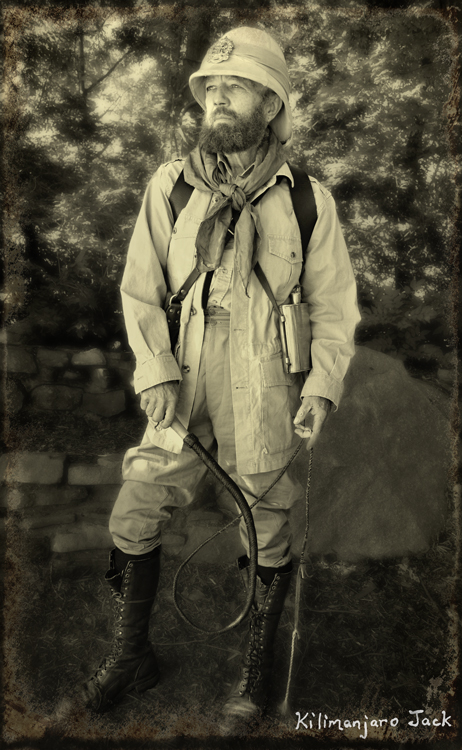 It had long been rumored that Gypsy Jack sometimes used an alias during his trips to British East Africa/Kenya. This recently discovered photo seems to confirm that.

If you enjoyed the Gypsy Jack Camping Journals, here are some links to the others.

Add The Hammock Insulation Bed To Your Survival Kit And Sleep Like A Baby
Survival Foods in the Forest: the quest for protein by Mark Warren