“I’ve known some tough hombres in my time.  I’ve seen cowpunchers ride, rope and brand all day–day after day—living all the while on beans, biscuits and prunes.  Then each night, throw down a thin bedroll on the thin cover of the hard, herd- trampled ground– and there sleep the sleep of babes.  I’ve seen loggers swing an axe, pull a saw and set chokers through the heat, the cold, the rain and the snow.  Then crawl into their bedrolls so covered with pitch that they woke the next morning stuck to their blankets. 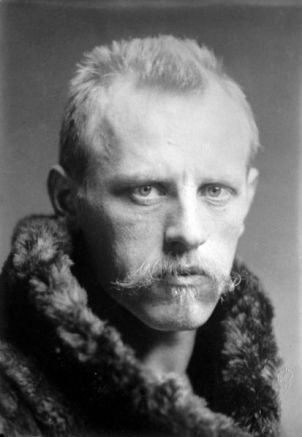 But, the toughest outdoorsman I ever knew was Fridtjof Nansen.  I camped with him once in 1920 along the shore of the Baltic.  By firelight, his weathered face told the story of a man born to the outdoor life.  He grew up roaming the Norwegian Wood for weeks on end with nothing more than a small knapsack, a box of matches and a fishing pole. He trained himself to go long periods without  food or rest.  This practice served him well on his later explorations.  It was said that he could eat anything, sleep anywhere, and was as hearty as any of his mythic Viking ancestors ever were.  Whether hunting polar bear or skiing across the top of the world, Nansen left all others in his tracks. 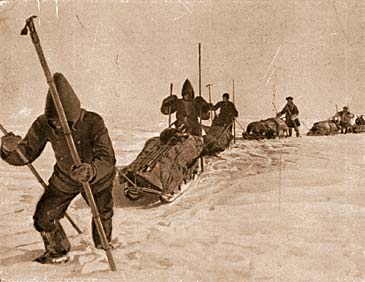 Mind now, I never did any of these things with him.  I only heard the stories around a late summer campfire–on a smooth pebble beach (flecked with bits of amber.)  But, just the hearing of it all was enough to exhaust my southern muscle and bone. 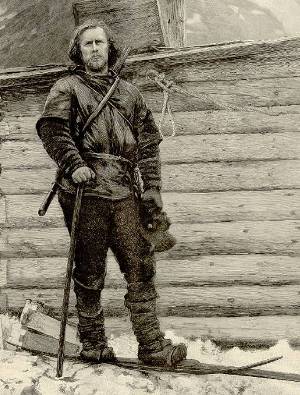 By the way, he was awarded the Nobel Peace Prize the following year.  I was deep in Florida by then—camped on Long Key with Zane Grey.  We read about it in the paper..then we went fishing.”