by John Lewis at Epic Wilderness

If you are still considering whether or not you should get a pair of binoculars for your upcoming hunting trip, you should give this article a read. No, I am not saying that binoculars are only essential for hunters. In fact, I carry them along during hiking, camping, etc. 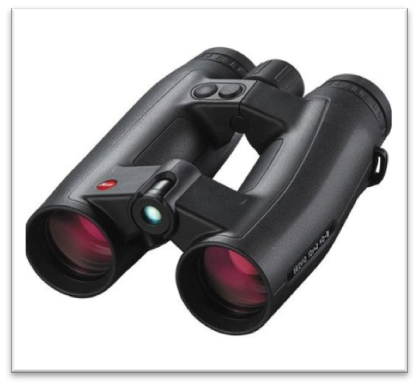 In this post, however, I will be focusing on how binoculars can step up your hunting experience as a whole, the pros and cons, and a guide to pick the right binoculars for hunting.

It’s a norm for novice hunters to pay attention to primary hunting equipment such as bow, rifle, etc. Well, there is nothing wrong with that. However, any experienced hunter will know how important supporting equipment are to a successful and fun hunting experience. And yeah, binoculars are one of the vital hunting equipment.

Using binocular gives you the privilege to scout for your preys from a distance that you otherwise wouldn’t be able to do it with bare eyes. Unless you are really experienced, you might miss out a ton of opportunities if you are hunting without a binocular. In addition, binocular helps you locate footprints, also called trails. You get to track down preys easily based on the information the trail is giving you.

One common question that is being asked frequently is “Do I need a binocular if I have a rifle scope?”. Well, the answer is yes. While rifle scopes do provide decent magnification to a certain extent, binoculars generally outperform rifle scope in terms of clarity and low-light visibility. If you are wondering why this is the case, binoculars are generally larger than rifle scope in size and therefore have a larger objective lens which allows more light to enter.

Note: This is only true if you are comparing a binocular and a rifle scope of the same price. Also, I will explain the specification of binocular in detail (magnification, field of view, objective lens, etc.) further down in this post, so make sure you read till the end!

Note: If you are interested in learning more about the principle of the laser technology, here is a good article on Wikipedia that explains the concept in detail.

This is pretty straight forward, don’t shoot the wrong prey. There are many cases whereby hunters accidentally shot humans mistaking them as preys. They got too excited when they thought they saw their buck. This is very dangerous and can be prevented if you just bother to see clearly before attempting to take a shot. This is one of the most important reasons why hunters should carry a pair of binoculars around.

Note: I am not making up things here. Look at some of these tragic accidents reported by Huffinton Posts.

How to choose the right binocular

Assuming you are interested in getting your own binocular after going through the benefits I have listed above, here are a few things you have to know before choosing anyone.

Formula of binoculars and what it means

Binoculars are often denoted by a set of formula. An example will be 8×42. Essentially, 8 represents that magnification level while 42 represents the size of objective lens in mm. Generally, the higher the magnification power, the more precise and sharp the image is.

Those above magnification power of 12 should not be considered at all because even a slight movement will result in the image becoming blurred. Normally, binoculars of higher power are for other activities such as birding or astronomy sky watching.

For the size of the objective lens, the bigger it is, the better it is. This is because large objective lens will be able to absorb more light at once, thus producing a brighter and clearer image. Large objective lens are also important for hunters that are hunting in areas with low light intensity.

The only downside to a large objective lens is that the binocular will be heavier. I recommend objective lens of size 42mm to 50mm. 35mm is generally too small for hunting. 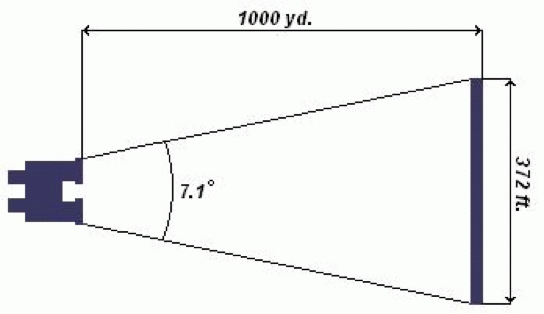 Generally, I prefer a larger field of view so that it’s easier to navigate around while you are scouting. Anything above 300 feet should be good enough to provide a good hunting experience.

Another factor to care about are the prisms and lens used to construct the binoculars. Generally, the better these glasses are, the more expensive it’s going to be.

Most binoculars these days utilize HD (High Definition) or ED (Extra Dispersion) lens. These are essentially the same just being put in different terms. What differentiates a high quality and a low quality binocular is the form of lens coating.

For prisms, I would recommend looking for binoculars with BAK-4 prisms. They are generally better than other kinds of prisms in the market.

Let me share some of my favorite binoculars with you. I am lucky that I have a group of friends using different kinds of binoculars and therefore get to test them out without actually paying for it.  🙂

First of all, I need you to know that you should invest at least $100 in a binocular. Those under $100 are generally low quality ones that aren’t even worth considering. I will recommend three different binoculars at different price point.

Bushnell H20. I bought this binocular at around $100 on Amazon. Since it’s pretty much my first binocular, I am pretty happy with its performance when I first bought it. The optical performance wouldn’t be outstanding but it’s definitely a great start for beginners since the price is pretty affordable.

Carson 3D Series. If you are looking for a decent binocular, then I would recommend investing in Carson 3D Series. It’s going to cost you a few hundred bucks but totally worth it in my opinion. It has all the features a quality binocular has – FMC, BAK-4 prisms, ED Lens, etc. I don’t have it personally, but some of my friends really like the performance. I tried it on a few occasions too.

Leica Geovid HD-B Rangefinder. You are going to call me crazy but yeah, I bought this last year at $2500 and I am very happy with it. It’s my top recommendation for high-end rangefinder binoculars. Not to mention that the optical performance is almost perfect, but the rangefinder function is pretty accurate too. One of my best investments last year.

I am just a newbie sharing what I know and what I love to do over at Epic Wilderness. I followed my dad for hiking since young. When I was 15, I went hunting with a group of friends. That’s how I got involved in outdoor activities. Check out the blog or you could follow us on Twitter. P.S: If you would like to check out the best rangefinder I recommend, check this article out.