Mankind has possessed the ability to control fire for many thousands of years, and in this time we have developed a number of clever ways in which to start fires. To begin with, the most widely spread methods of fire making were friction-based. That is to say, the heat created by rubbing two wooden objects together was used to produce a flame.

As time went on and the Iron Age dawned, our ancestors started to use this newly discovered metal as a fire making aid. Iron, and later steel, was used in combination with the age-old multi-purpose material that was flint stone. When the sharp edge of a piece of flint is struck with the flat edge of a length of high carbon steel, sparks are produced as slithers of metal are torn away from the steel striker. 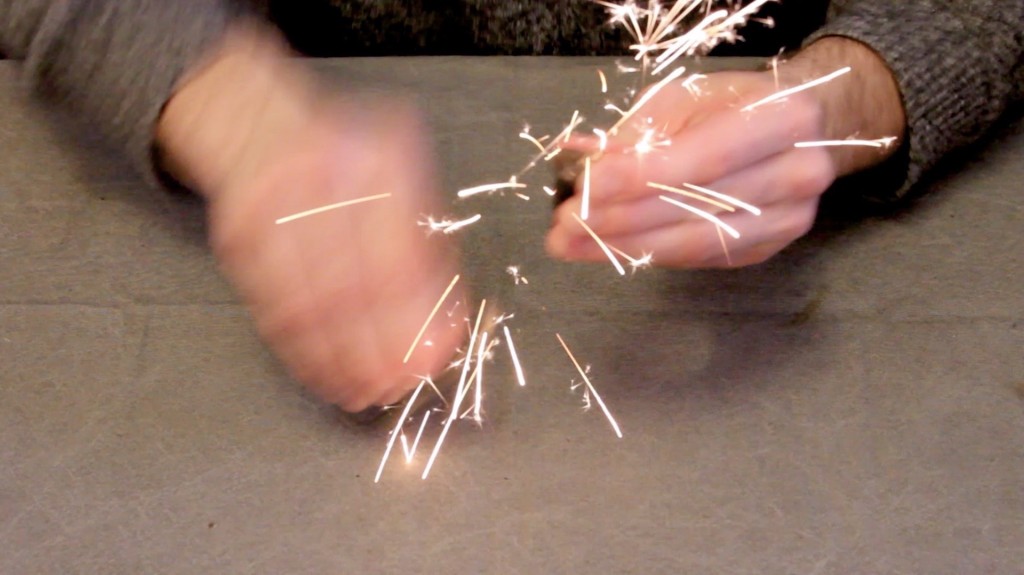 Sparks generated by such a method are of sufficient heat that they can ignite a piece of tinder, and thus get us well on the way to making fire in a matter of moments. This ingenious method is most commonly known simply as flint and steel.

We have been using flint as a material with which to make tools since perhaps the very dawn of our species. While there are obviously no written records of how we first began to use flint as a means for making fire, it is known that this versatile mineral was used for many purposes up until the advent of Iron Age and beyond.

The most ancient form of fire making that corresponds roughly to the modern flint & steel method involved the use of flint alongside iron pyrite, also known as Fool’s Gold. In fact, the word ‘pyrite’ comes from the Ancient Greek root ‘pyr’, meaning ‘fire’.

When compared to more contemporary methods of fire making, one would be forgiven for thinking that the use of iron pyrite with a flint fire starter would make fire lighting rather difficult without a lot of practice. While this may be so, it is actually quite possible.

Nevertheless, we humans have a tendency to build upon and improve the inventions and ideas of our forebears. As we learnt to produce metals such as iron, it would not have escaped our ancestors’ attention that sparks were produced when these materials were hammered into shape. It is at this time, some 3000 years ago, that the flint and steel method as we know it was born. 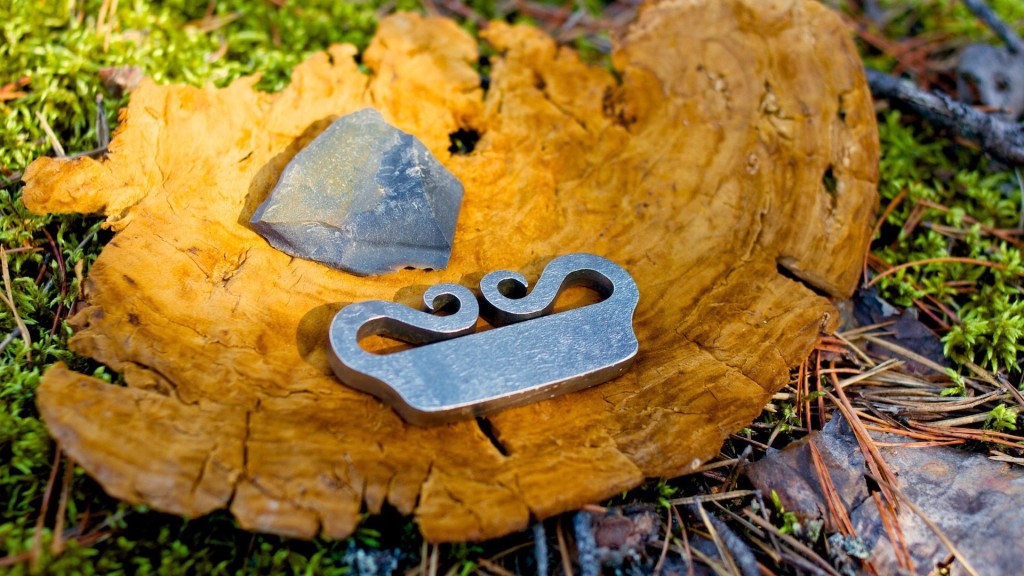 The Development of Tinder For Use With The Flint Fire Starter

Tinder is best defined as a substance which can take the weak, orange spark that is typically produced by a flint fire starter. There are many kinds of material that can be used as tinder, including a wide range of natural and manmade substances.

Generally speaking, different naturally occurring substances were used in various parts of the world based on their availability as well as local knowledge. As such, fungus growing on birch bark would have been a prevalent form of tinder in Northern Europe whereas partially decomposed wood, known as punk wood, could have been used elsewhere.

As fire making knowledge increased over time, we began to experiment with means of creating tinder not otherwise found in nature. This was yet another step in our attempt to become ever less reliant on the whims of Mother Nature.

By the Roman Era, an ancient form of flint and steel kit was being used with a kind of slow match. These ‘matches’ were produced by dipping thin slithers of wood in brimstone (sulfur). Wherever possible, this method was preferred even up until the 19th Century.

By the 1830s, however, written records began to appear which suggested the increasingly common usage of char cloth as a source of tinder. It is important to realize that the term ‘char cloth’ is often used colloquially nowadays, frequently without any particular awareness of what it actually is.

Many people make the initial assumption that char cloth is a substance procured from one particular source. In actual fact, char cloth as used with a flint fire starter can be made from a number of materials. There is no such thing as a single source of char cloth; it does not come from one particular plant and it might be better considered as an umbrella term for tinder produced from fibrous material.

While it would have not escaped our ancestors’ attention that cotton or linen cloth easily chars and as such could be used as a form of tinder, cloth was hard to come by for the average citizen. Even in the mid-1800s, only the wealthiest of folk would have resorted to using cloth as a significant source of tinder.

Despite the fact that friction matches were invented just in time for the Industrial Revolution to take hold across the globe, flint & steel remained king. With a flint fire starter kit, even the poorest of society could look forward to a blazing fire at the end of a hard day’s work.

Nowadays, char cloth tinder is produced by a means that was popularized, though not invented by, the Mountain Men of the 1960s and 1970s. This process typically involved the piercing of a small metal container such as an Altoids tin, the insertion of squares of cotton or linen fabric, and then the placement of the closed tin over a heat source such as the ashes of a recently extinguished fire.

This clever method evolved from a much earlier approach to scorching natural materials for use as tinder, which involved the enclosure of said material within a clay casing. Once the charring process was deemed to be complete, the dried clay was cracked open to reveal tinder suitable for use with a flint fire starter.

Why Would You Use A Flint & Steel Fire Starting Kit Today

The rapid technological advances that we have made as a species over the past century are simply unprecedented. The very existence of some of the modern inventions we use on a daily basis would have been unthinkable to our great-grandparents.

This spread of knowledge and means has extended to fire making methods as well. The average person on the street probably doesn’t even know what a flint fire starter kit looks like, let alone knows how to use one. This begs the question: why would we want to use a flint & steel fire lighting method in the modern era? 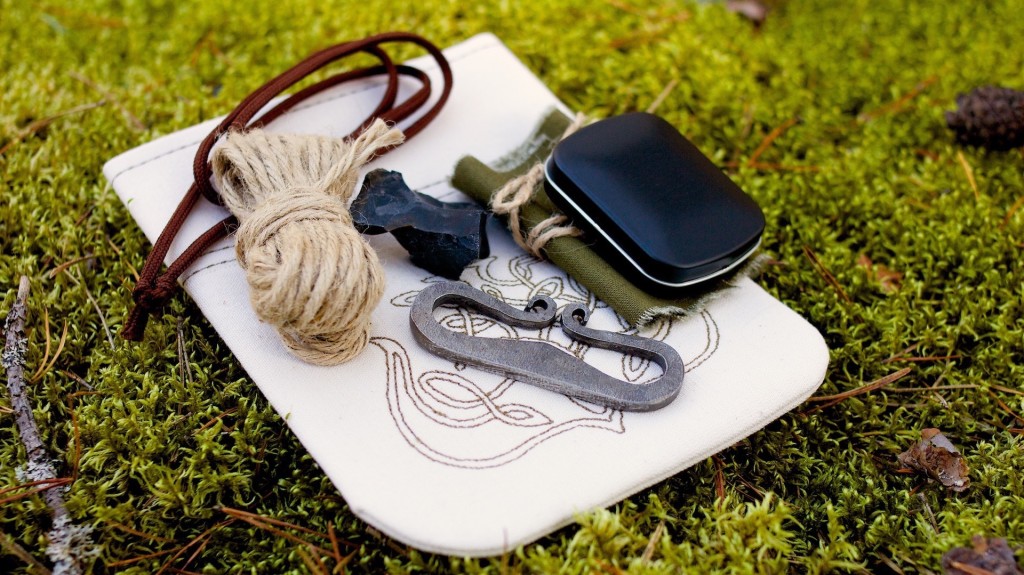 There are numerous answers to this question, from the practical to the whimsical. If you were to find yourself lost out in the wilderness, you would most certainly need a means of making fire while you waited to be rescued. If your matches were to get soaking wet due to your falling in a river, or your brittle plastic Bic lighter was to crack open after you had stumbled into a boulder, then you would most likely be out of ideas.

Despite hearing of people lost in the woods and so on, many of us harbor a desire to get back to basics and bring back the romance of basic means of achieving everyday goals. The comprise between antiquity and modernity that is the contemporary flint & steel kit allows us to retain a vital cultural link to our forefathers that we might otherwise have lost.

When out in the woods, knowledge is power like nowhere else. A sealed flint and steel kit, including a tinderbox containing useful and versatile tinder such as char cloth, would prove to be a lifesaver in many a situation. Archeologists have unearthed medieval steel strikers that still work perfectly despite being covered in rust, and a number of different minerals can be used in place of flint. These include chert and the aforementioned iron pyrite.

Where Can I Find A High Quality Flint & Steel Kit?

Despite the continuing importance of knowing how to make fire in all conditions, high-quality flint and steel kits are increasingly rarely found. The few blacksmiths that remain working and producing flint fire starter kits containing high carbon steel strikers are few and far between. Simply put, most metal objects are now mass produced and of low quality.

Fortunately, some of the artisan blacksmiths who remain active to this day have specialized in producing premium, handmade flint & steel kits for use by master woodsmen and women and novice Boy Scouts alike. One such blacksmith, Mikhail of Saint Petersburg, Russia has dedicated his life to furthering the skills of his forefathers, and he has perfected his range of Flint and Steel fire lighting kits with only the highest standards in mind.

Even a century ago, Mikhail’s iron-mongering forebears were producing flint fire starter kits that were in high demand throughout Russia and Northern Europe. Today, the Flint and Steel company replicates steel striker designs from all around the world, combining them with the finest pieces of flint stone, highest quality linen char cloth and jute twine kindling to make the most reliable flint & steel fire making kits available on the market today.

What is more, the team at Flint-and-Steel.com has created a number of educational videos to help you make your first fire with a minimum of fuss. Their tried and tested step-by-step approach to fire lighting makes using a flint fire starter easier than you could ever have imagined.

4 Responses to Flint and Steel