By Christian Noble on October 7, 2013 in Master Woodsman, Nature & Conservation

We are all familiar with the term “The Zone”, usually as it relates to sports. Also known as The Flow in western society, it is a well documented psychological event in which many positive things can happen (more on that later). For athletes, or anyone doing menial labor for that matter, the Zone is usually the synthesis of doing the same thing over and over until it becomes instinct and you don’t even have to think about it…

The alpha state (lower brain waves per second) of “The Zone” has many other names around the world. Many of which have its roots entwined with spirituality, as “The Zone” can be achieved in many ways, not just sports.

Either way, most of us are always in the unfortunate beta state. Living in boxes, watching boxes, driving a box, eating out of a box, typing on a box… we have no need for a high level of awareness. In this beta state, our brains actually work harder, but offer lower awareness, lower potential for learning, a suppressed immune system, poorer physical performance, less artistic ability and I could go on…

In our western society, we see athletes “in-the-Zone” or meet someone who is truly in-tune with themselves, and we think it rare. That was not always the case — primitive cultures today and those that came before us lived much more of their life in an alpha state that we do. 20% less brain cycles per second compared to a beta state offers a higher potential for learning, greater physical potential, higher immune system requiring less sleep, greater artistic ability, greater awareness, and if you let it happen, intuition. Primitive cultures were in the zone because they lived in the moment and needed sharp senses.  It should be no different for you or I…

For the woodsman, we sometimes find ourselves in the zone without even knowing it; usually in practicing a skill repeatedly OR after an extended time in the field (at a minimum, days).

So how does the woodsman get into an alpha state quicker? For most in western society, this is learned through meditation. You can also find many ways on the web, an example here…

Yet there are other ways and they are very beneficial to what we like to do afield. One of which is the sweat lodge. There too however, is a time consuming endeavor, but well worth it.

But fear not, there is another technique that offers the fore mentioned benefits of the alpha state. And that is Wide Angle Vision (WAV); some folks call it Owl Vision. While we spend 95% of our time using our vision in a focused manner, primitive cultures (and animals) do the opposite; their vision is more peripheral.

As you sit in front of your computer, extend your arms all the way out to the sides wiggling your fingers. Expand your vision to take in ALL around you bringing your fingers just into to view at their widest point…

Are you wiggling your fingers?

Can you see both hands at the same time and everything else around you?

Congratulations, you are now in Wide Angle Vision. You can drop your arms now, but don’t let your Owl Vision stop.

Keep reading my words, but now notice all around you. It won’t be as detailed as focusing in on something in particular, but that is OK.  NOW you will detect the slightest movement in your field of view. With this new vision, your other senses are keener too; you hear what is going on around you. You notice your clothes on your body and the air movement across your skin. You are more aware, yet more relaxed.

While this a great technique to do anytime, it is most beneficial and easier to acquire in the woods. You see more animals and they (and the insects) don’t see you as well. You get into a rhythm of the environment much quicker versus the multiple days afield and your inner voice becomes clearer. WAV is a great way to get in the zone and receive the benefits of an alpha state.

If not now, later, find a quiet place in the woods and try it again… After some practice, you can go though the woods in WAV and when needed, focus in on movement for clarity, then zoom right back out to your WAV.

In closing, there are several Outdoor Living Skills Schools that teach WAV. If you like it, you may want to search the “fox walk” online, as it goes in hand with WAV. 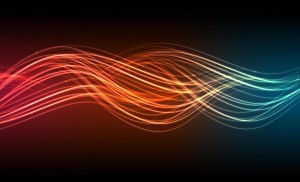 3 Responses to The Woodsman “Zone”