This article originally appeared in the blog, Lost in the Woods, and is a perfect fit for this site as we explore the different facets of Outdoor Living Skills.  Part Two will be coming with an added picture from Steve that did not appear in the original article.  Thanks Steve!

Steve Watts directs the Aboriginal Studies Program at Schiele Museum of Natural History in Gastonia, NC. He offers annual series of primitive technology workshops and primitive skills demonstrations. In the first part of our two-part interview, Watts talks about these primitive skills and their importance.

What are primitive skills?
Definitions are all about drawing lines.  Sometimes these lines get a bit blurred.  “Primitive” refers to “first” or “primal”.  For me, that means skills from the Stone Age and the early metal ages.  After that (into historic times) I refer to skills as “traditional/historic”  (indigenous tribal skills and backwoodsman skills for example).  For the Golden Age of Camping (1880’s-1930’s)—a particular skill set for me—I refer to the term Classic Camping.  After that, we move into “modern/contemporary”.  It’s all a continuum.  It’s all about outdoor living skills, and I’m interested in (and practice all of them).  This, of course, makes my answers pretty complicated—but I’ve always done a pretty good job of complicating my life.

Why do you consider primitive skills important?
Well, they represent the common denominator of humanness.  All of us (no matter where our ancestors are from) were once Stone Age people.  This heritage represents a technological family of man.  Exploring primitive skills is in effect exploring our shared past.  That’s the big attraction for me. 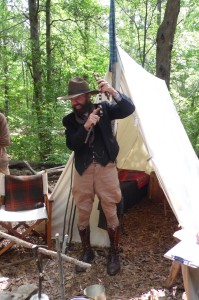 Besides primitive skills, what can we learn from aboriginal peoples?
Indigenous cultures have learned something about what it means to be in a place—to understand the landscape how best to exploit the resources.  They can help us learn to re-inhabit an environment.  It is important however, to remember that indigenous people are people, and not all of their actions and understandings were correct and proper.  It’s also important to remember that all of us come from indigenous stock.  My western European ancestors were indigenous to that region for tens of thousands of years.  Through the study of anthropology, archaeology, ethnology and folklore I seek to be in touch with their wisdom as well.  My trips to Europe have been extremely important in my own personal and professional development.

How did you become interested in primitive skills?
It’s a pretty long and complicated story, but this is my standard edited attempt to explain it:

Around age five, I came under the spell of my great uncle Ben.  He was a sailor, having served in both the Merchant Marines and the US Navy for almost 30 years.  He was quite a romantic figure to me—a big strong man and pretty much fully tattooed.  He had travelled around the world in the 1920’s, 30’s and 40’s—at a time when most people from the little North Carolina town I grew up in had never even been out of the state.  He filled my head with stories of indigenous people in Asia, Africa and Polynesia.  It was my first consciousness of people living in other parts of the world, living in different ways—in other words—people of a different culture.  Part of that consciousness was an awareness of “the primitive”.  I never got over it.

Early in life, I also came in contact with Native Americans—Cherokee and Seminole.  It was, at first, just boyhood encounters with “natives”—full of misinformation and romance.  Little did I know, that someday some of these same people would become my teachers.

My father was a tremendous influence.  He took me to the outdoors—camping and fishing mostly.  Later, he became my Scoutmaster.  My Scouting experience was a good one—being fortunate enough to be involved before most of the traditional skills were cut from the program. 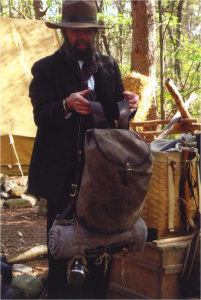 So, from childhood I was attracted to the primitive and tried to read and attempt to manufacture a variety of tools and weapons.  I don’t think this made me much different from many other boys in the 1950’s—it’s just that I never stopped.  Greater teachers, greater learning and greater experiences were yet to come—but it was the childhood passions that set the stage and I never wavered.

How did you begin your work of teaching these skills to others?
Well, I’ve been fortunate to have spent all of my adult working life in positions related to outdoor skills in one way or another.  Right out of graduate school I worked in the public schools and developed an Outward Bound adaptive outdoor adventure program for 9th graders.  After that I spent seven years directing the Switchback Outdoor Adventure Program for youth at risk through the local mental health program.  I even spent a few years in the outdoor equipment retail business and operated an expeditions component.  Throughout all these years I was able to teach a variety of outdoor skills—mostly of the modern/contemporary variety—but, I was able to work in some primitive/traditional skills as well.  As I said, it’s all a continuum.  But, in 1984 I came to work at the Schiele Museum of Natural History to start the Aboriginal Studies Program.  This has allowed me to devote most of my efforts to the teaching of outdoor skills and understanding from the Stone Age to the classic camping era.

For more information on Steve Watts’ work, pick up his book Practicing Primitive: a Handbook of Aboriginal Skills or visit the classic camping blog that he runs with David Wescott. Also, check for the second part of this interview to learn what Watts has to say about classic camping tools and techniques. 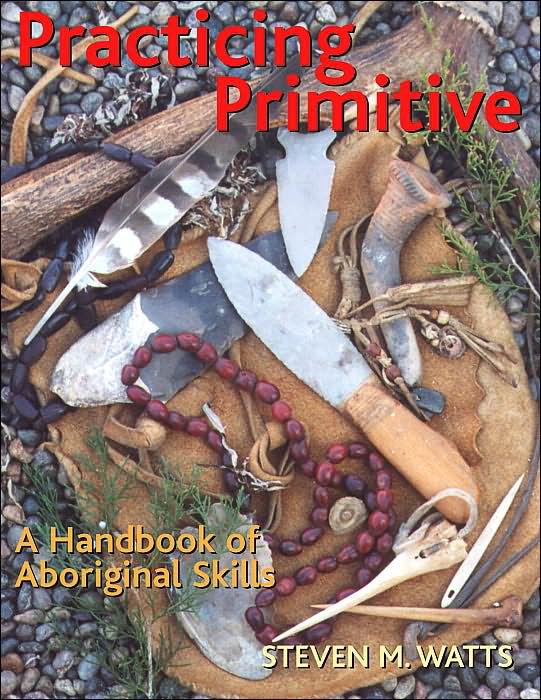