By Christian Noble on May 14, 2013 in Classic Camping, Firecraft, Knifecraft, Master Woodsman, Woodcraft 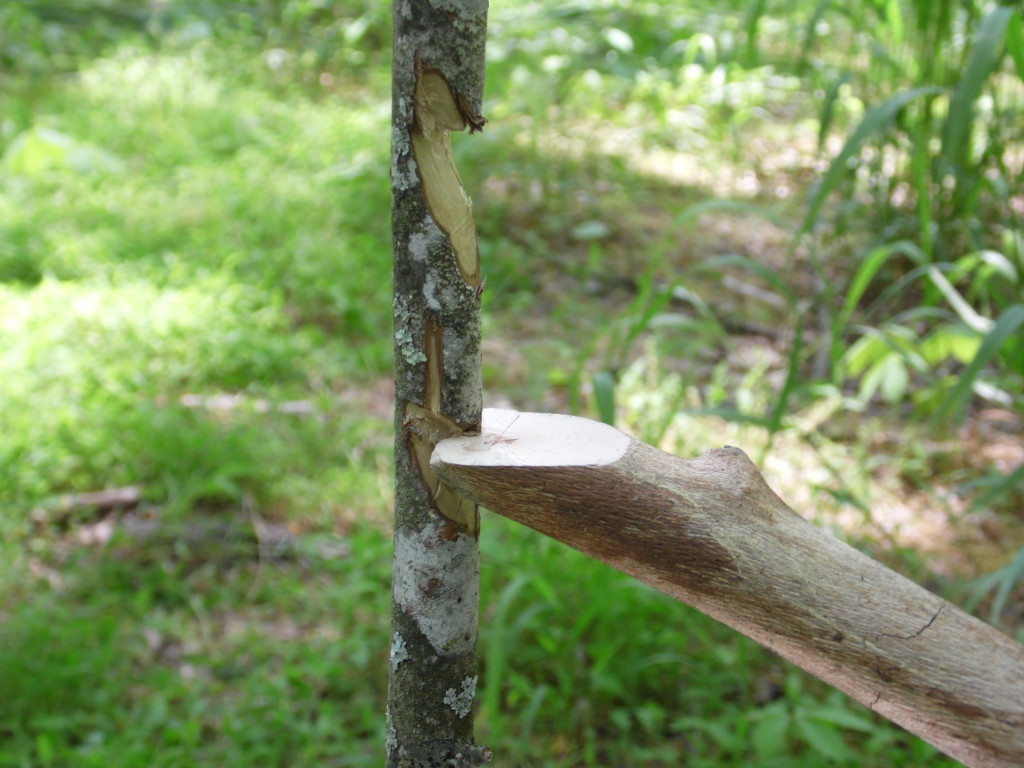 Close-up from one of the applications in the video.

Timing is everything so they say…

I just started reading Mors Kochanski’s new eBook from Karamat, Basic Safe Travel and Boreal Survival Handbook.  A pleasure unto itself.  But that got multiplied this past weekend doing knifecraft with my good friend Steve Watts. 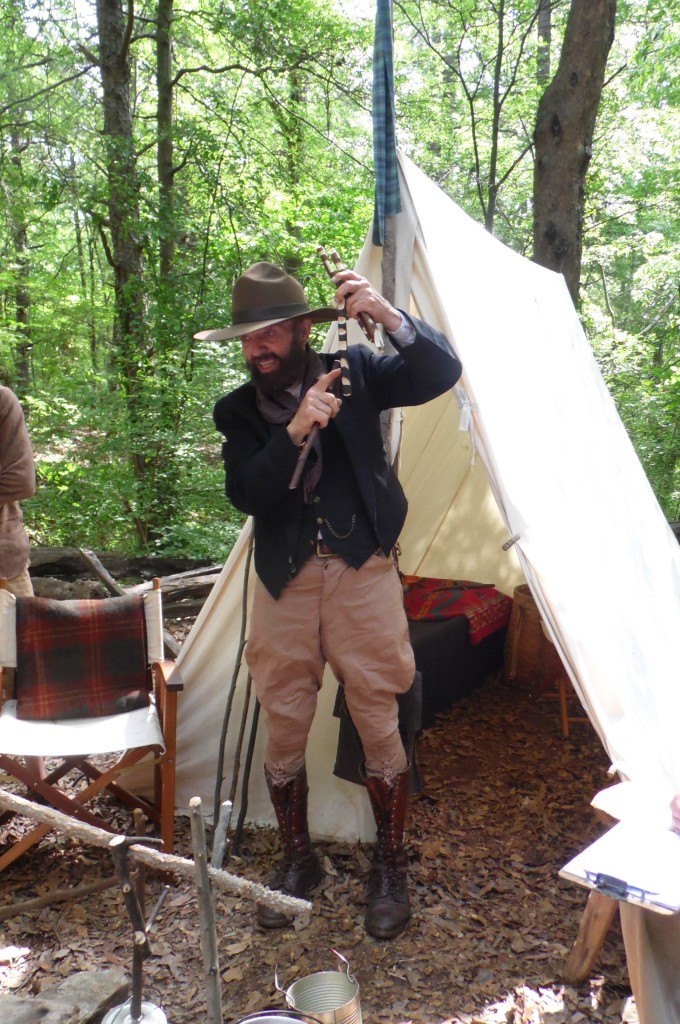 Steve Watts in Classic Camping mode showing off a “Try Stick.” More importantly, many of the notches were put to use around his camp.

Talking knives, Steve entwined his encyclopedic knowledge of primitive skills, Nordic tradition, the American Frontier, Classic Camping and more into an entertaining lesson with hands on practice of “Twigcraft.”

Of particular note was Steve’s affinity for the Pot Hook (or Beak) Notch of which he had applied in several different uses around camp.  I have used the pot hook notch for many years to hold my pot over a fire, but not in the application of a pot carrier/poorer which Steve resurrected from some of the old Classic Camping texts — a must see in the video below.  Thank you Steve!

So what about the new eBook from Karamat?

Interestingly enough, in the new Kochanski book, Mors calls out “The Five Most Important Try Stick Notches.”  The first one listed is the Pot Hook.  As they say, great minds think alike.

One Response to The Pot Hook Notch