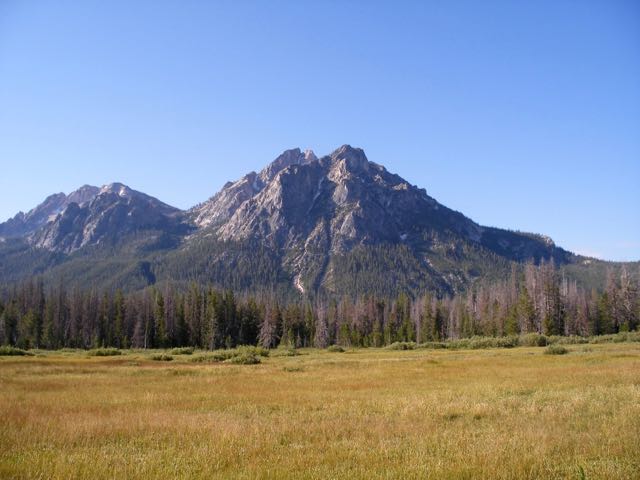 Lately I’ve heard some talk among my friends about this new trend in outdoor activity called glamping. The term is a portmanteau of “glamour” and “camping” that pretty much is what it sounds like: camping in glamourous or up-scale conditions.

Although the term is fairly recent, the roots of glamping stretch far back into history. European and Ottoman royalty would often make camp in luxurious tents when they left their castles, surrounding themselves with servants and fine rugs to stave off the harsh wilderness. The practice continued to be popular into the 20th century, when wealthy Europeans and Americans would pay exuberant amounts of money to be paraded around Africa in search of prestigious trophy game.

In many ways glamping is a continuation of these trends. An all-out attempt to go out into the wilderness and then proceed to do everything within one’s power to avoid actually experiencing it. Glamping has sort of a survival tv feel, treating the outdoors like an opportunity for a photo shoot rather than a serious force.

I’m not the first person to be critical of glamping. Indeed, one informal poll from Today.com identified it as the second most hated travel buzzword. Silly as the term is, though, I think that glamping embodies a problematic attitude towards the wilderness and our relationship with it.

When I was a kid I used to dread going camping in the Idaho mountains. We’d often go around the Sawtooth mountains or up in the direction of McCall. This usually meant long drives. That, the sleeping on thin pads over rough ground, and the constant buzz of mosquitos caused me to associate camping with discomfort and general annoyance.

Oh how wrong I was. Fortunately, I later returned to camping on my own and learned to revel in the experience of the raw outdoors. Cooking hot dogs over an open fire, snuggling up in my sleeping bag, and pushing myself up a mountain while my legs burned.

Best of all, perhaps, was that I’d done it on my own. Every challenge that nature threw at me had to be met square in the face. I remember one exciting hike into the Sawtooth wilderness (right about here).

I had eagerly set out on the trail one morning, having spotted a peak and deciding that I wanted to go there. After just a few miles, though, I discovered that the trail took me straight through a river not once, but twice (and then twice again on the way back). At the first crossing the water was about knee deep and populated by a few curious trout. At the second the river had nearly reached its origin, slipping down the mountain in a series of waterfall steps.

Rather than turn back at these new challenges, though, or wait for a jetski that I wanted airlifted to my location, I took the plunge. Removing my socks and boots before plowing through the crisp clear water.

It was cold as hell and I couldn’t feel my feet for a good ten minutes after each crossing, but I loved it. Of course this example is small potatoes compared to some of the natural obstacles that better outdoorsmen and women than I have conquered, but it captures perfectly what makes camping, real camping, so great. I was confronted by a challenge, by something that I’d never seen or done before and instead of retreating back into the comforts of my regular life I went for it and came away successful, a champion in my own small way.

This is why we camp: to pit ourselves against the uncommon in our lives and come out better for it.

Why do we glamp? One glamping hub identifies glamping with experiential travel. By glamping we, apparently, immerse ourselves in the local environment. 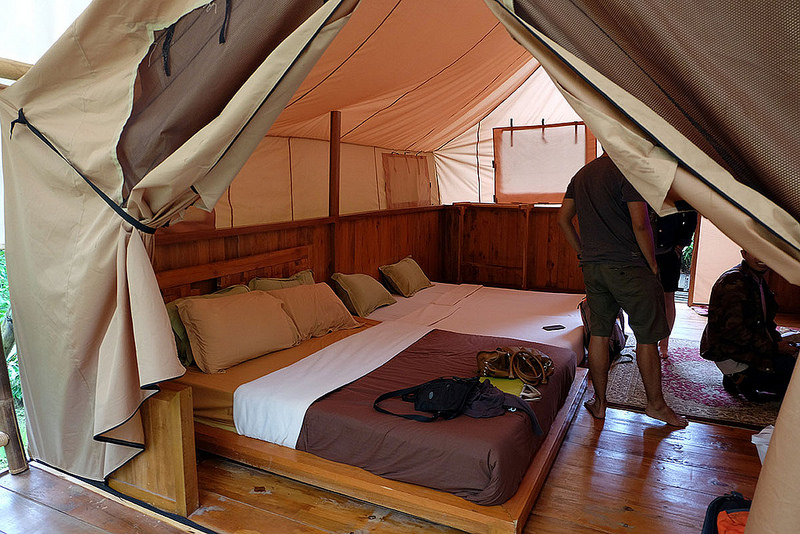 But this is what camping is all about, not glamping. In glamping we try to make it look like we’ve fully experienced what the wilderness has to offer, while avoiding everything wild about it. By surrounding ourselves with all the comforts of home we dodge all challenges that real camping can throw at us. And those are the best parts.

Don’t get me wrong. I love the idea of casually spending time outdoors. In fact, I think more people should take the time to have a bit of a cheap staycation in their backyard. But if you’re going to go glamping, stay home and do it. There are a lot of fun things that you can with a backyard camping trip and you save yourself a long drive. You miss out on the bragging rights, maybe, but that’s never a good reason to head outside.

Nick Cesare is a violist and writer from Boise, Idaho. He loves making use of Idaho’s expansive outdoors, especially for mountain biking. Nick blogs regularly at IdahoViola.com.

2 Responses to Glamping: You Might as Well Stay Home