By Christian Noble on June 14, 2014 in Master Woodsman

Unless you have been living under a rock, it’s likely you’ve heard the news that Cody Lundin was fired from the Discovery Channel’s hit TV show, Dual Survival. This being the result of “differences over safety and health concerns…” Just in case you missed it, the details can be found on Lundin’s FaceBook Page. While I admit the catalyst for this article is Discovery’s broadcast, “Dual Survival: Journey’s End To a New Beginning,” where it is more than apparent Discovery has thrown Lundin under the bus, the fact is, Survival TV has not been good for sometime. 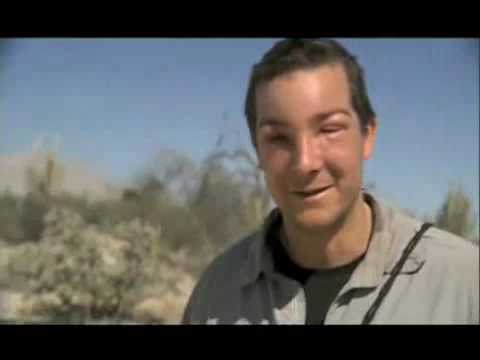 I mean come on, look at all the crap that went down with Bear “Milli Grinilli” between staying in hotel rooms and MORE. Survival expert Ron Hood, an early consultant for Man vs. Wild, rightfully walked away when he saw the direction they were going (hope that was public knowledge). And now, with all the recent drama and clever editing on Dual Survival, at this point, Original Media and Discovery should just get Ric “The Nature Boy” Flair and Sgt. Slaughter next time! I can already here it, “I made fire!  Woo!!!”  Hey, maybe Vince McMahon can produce too!

Here is a more recent example of folks getting fed up with these TV idiots. Last month I was with a very good friend, who is highly respected and for several decades has been a Hollywood movie & TV consultant on shows involving outdoor skills. Recently, several media companies have approached him asking for talent suggestions on YET another survival show. He refused to assist this particular media company any further, his last reply being, “…it is starting to become a badge of honor in this business to NOT be associated with you companies.” 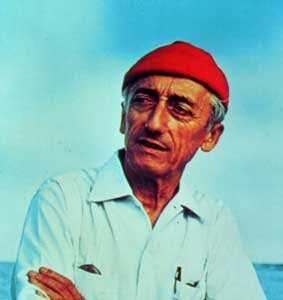 Do you remember the good ole days of TV, when shows like The Undersea World of Jacques Cousteau were about, you know… the undersea world. Same with Marlin Perkins and Jim Fowler on Mutual of Omaha’s Wild Kingdom. I don’t know all the facts, but I suspect the producer was likely asking Cody to do something equivalent to asking Cousteau to do a scenario where they purposely leaked an oil tanker into the sea. Not only would the sea-life be in danger, but Jacques too!  You know Cousteau wouldn’t have tolerated something like that. And obviously Cody Lundin is not tolerating it either, of which I am not surprised and personally support.

I have known Cody for over 9 years now having attended several of his courses and through Rabbit Stick prior to his Dual Survival fame. Since DS, I have spent time with him on several occasions as well as stayed in contact. Let me say he is the same person today as he was prior to DS; patient, generous, with an extremely strong ethic to teach survival and self-reliance.

The first course I ever took from him there were only two of us, the next course there were three of us for a week. Those were earlier days, shortly after his first book came out. However, even back then, he had significant media coverage on TV and in print. There is NO doubt he could have made more money having accommodating classes from the exposure, but he didn’t compromise on what he knew was right. We trained in the backcountry which isn’t everybody’s cup of tea, but the best place to learn.

Knowing Cody as the survival instructor he is, I saw the struggle he had with the scenarios on TV… trying to balance what was being scripted while trying to weave in a valuable lesson with a dose of reality. Obviously something was putting him “off balance” with what he knew was right and safe. Kudos to Lundin for not compromising on his integrity.

Why I Have To Say Something

When Discovery slighted Cody, they also slighted those of whom he has been a student and a mentor (including me). People view someone’s integrity through their reputation, and frankly, Discovery should be ashamed of themselves for trying to smear Lundin’s, especially for those that don’t know him. Or perhaps it was plain ignorance? Discovery sure played up Cody’s lifestyle for ratings, of which I can attest is true. However, I think they forgot that teaching this stuff is also his livelihood. A livelihood that very few can exist on — not many teach survival full-time, but he has been doing it for much of his adult life. Kudos to the handful of you in the business that have been making it for years by the way.

Cody Lundin getting a lesson from Mors Kochanski at Rabbitstick in the 1990s.

So think about it… you have been making your livelihood teaching survival for decades, trained with the most respected people in the business. You are respected by your mentors, peers, and students, have two books published on the subject (and they are asking for more), trained thousands of people, and then, while under contract, you are asked to set an example against what you know and believe is wrong! Something you know could get someone hurt or worse. Hey Discovery, remember you hired him because he is the expert…  See HERE and HERE. Lundin knows the reality of how quickly a situation can go south. Lives (do) hang in the balance.

By they way, that first book, 98.6*; The Art of Keeping Your Ass Alive!, is one of the most respected survival books out there (period!). You know, that one that is endorsed by the National Association for Search and Rescue (NASAR). Last time I checked the current Survival TV lineup, I didn’t see any shows endorsed by NASAR, just sponsors.

It should also be noted, while many consider Cody a primitive and desert guru, he lived in Wyoming and Europe, trained with folks like Mors Kochanski and Dr. James Halfpenny in cold weather environments, and has studied the latest in modern survival, psychology (B.A.) and physiology (W.E.M.T.). He is truly one of the most well rounded instructors out there.

The No Shoes Thing

I am tired of hearing it and can’t imagine how much it must suck for him to explain it over and over. Nonetheless, I am bringing it up as the editors made a big deal of it in his last Dual Survival. I have camped with Lundin in the desert in summer and the northern Arizona mountains in winter for days at a time and everywhere in between. The only time I’ve seen him wear anything on his feet was when we camped in the desert and it got up to 109*F in the heat of the day and he wore sandals. In winter, the coldest environment we experienced was 19*F one morning, but it was probably a little colder at night. He did not wear footwear, where I was wearing socks and huaraches and neither of us had a problem.

For the record, going barefoot is not something he advocates to his students. Read his books to learn more. You can educate yourself a little bit right here too, and this might actually save your life. From one of Cody’s mentors, and his source on wool socks in winter, HERE is a video on the subject by Mors Kochanski.

What happened to my TV?

As a reminder, or in case you didn’t know, television spectrum (airwaves) belong to the People. TV networks back in the day were entrusted for free with that spectrum by our government in exchange for keeping the public informed, that’s why we have the network evening news. Over time, the media has lost the public trust for their bias, wait… that’s another story.

Obviously Cable TV doesn’t have to play by the same rules as regular TV. So, I guess I have to ask with today’s paradigm: Is it the business of cable TV, the sponsors pushing these networks, or our society in general that has created this mess of over-dramatization, misinformation and poor social values? Usually when degradation of this nature occurs, it is POWER that leads to corruption of the mind. And where does the power reside in how these shows are produced?  Just saying.

If you have kids, PLEASE be careful with what they get from these shows. There are numerous resources out there to properly educate them on outdoor safety.  Here are a few suggestions outside the schools we have listed on this site:

I have personally been accused of being too much of a Lundin fan. Yes, I have referenced him numerous times on this site and I have to say I have done it not only out of respect as being his student, but I would be a fool to not take advantage of an excellent resource. The guy has been doing the survival thing for a long time, having collected information from numerous sources, mixing in his own experiences, and putting it into an excellent format for learning and retention.

You won’t see it on TV, but in person, Cody is ALWAYS quick to point out where he got something, ‘I learned or got this (skill) from Mors, Uncle Dave (Wescott), Steve Watts, Jim Halfpenny, Peter Bigfoot, etc….’  And right as rain, many of those things he has taught me previously I frequently find in text or hear directly from the source he got the information, just as he said. Also, he will call out people who don’t name their mentors, and I respect that too!