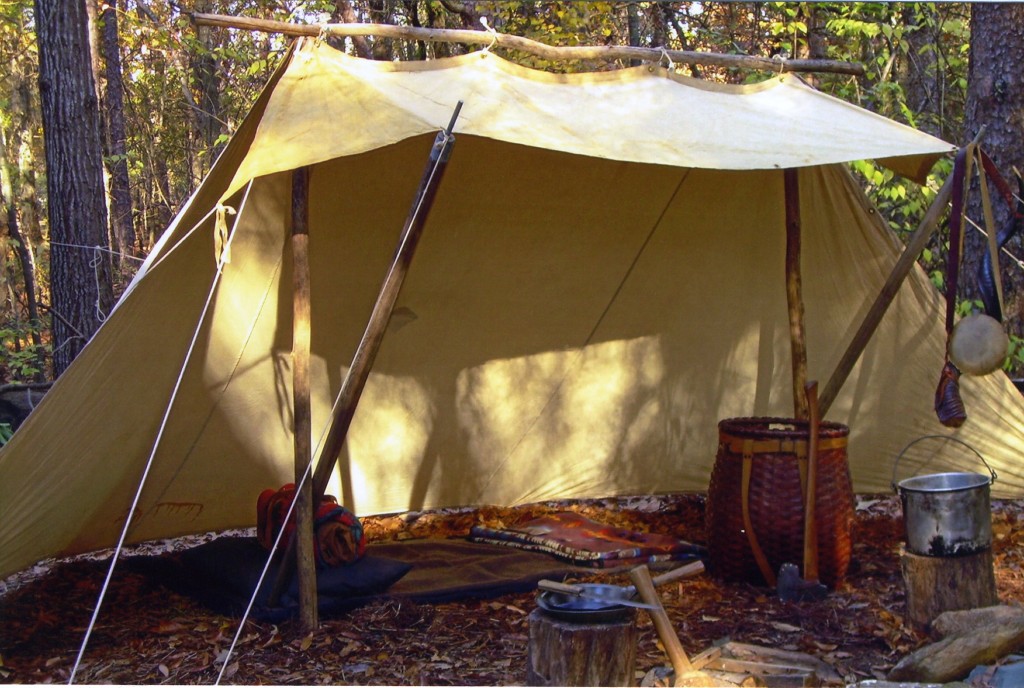 Classic Camping celebrates the Golden Age of Camping in America (1880s – 1920s). This was a time when camping meant sleeping under canvas and cooking over an open fire. It was a time when the most innovative urges of the Industrial Revolution were featured front and center against the backdrop of a vanishing frontier… a world in which both Henry Ford and Daniel Boone had something to contribute to the outdoorsman’s pursuits. It’s about the senses… the smell of woodsmoke and paraffin lamps… the taste of honest grub cooked over an open fire… the feel of sharp tools, snug knots, birdsong at morning or splitting wood at dusk.

Join the Acorn Patrol for a demonstration of Classic Camping at it’s best…
October 10, 2015 at the Cradle of Forestry, Pisgah National Forest, North Carolina

Here in the woodsmoke, surrounded the outdoor gear of a by-gone day,
traditional skills of camp and trail are practiced in their proper setting.