“I was sitting directly across the campfire from Old Sure Shot himself. With the halo of the setting sun behind him…the rising flames before him…and his face obscured by the swirling smoke of his pipe…he appeared to be a man on fire. And, I suppose he was.

Townsend Whelen had sat out to do just about anything a man could do in the outdoor life…and he was well on his way to doing just that.

This vigorous life had instilled in him a whole host of woodsy opinions and observations…one of which he had selected for tonight’s little fireside talk.

‘Camp life is all about the smells, Jack’, he said. ‘The North Woods smell cold and clean. The Panama jungle is as sweet as a ripe banana. The high desert is dry and sage-tinged. I like them all…even though I will admit that old Bones was getting a might rank by the time we walked out of Canada.’ 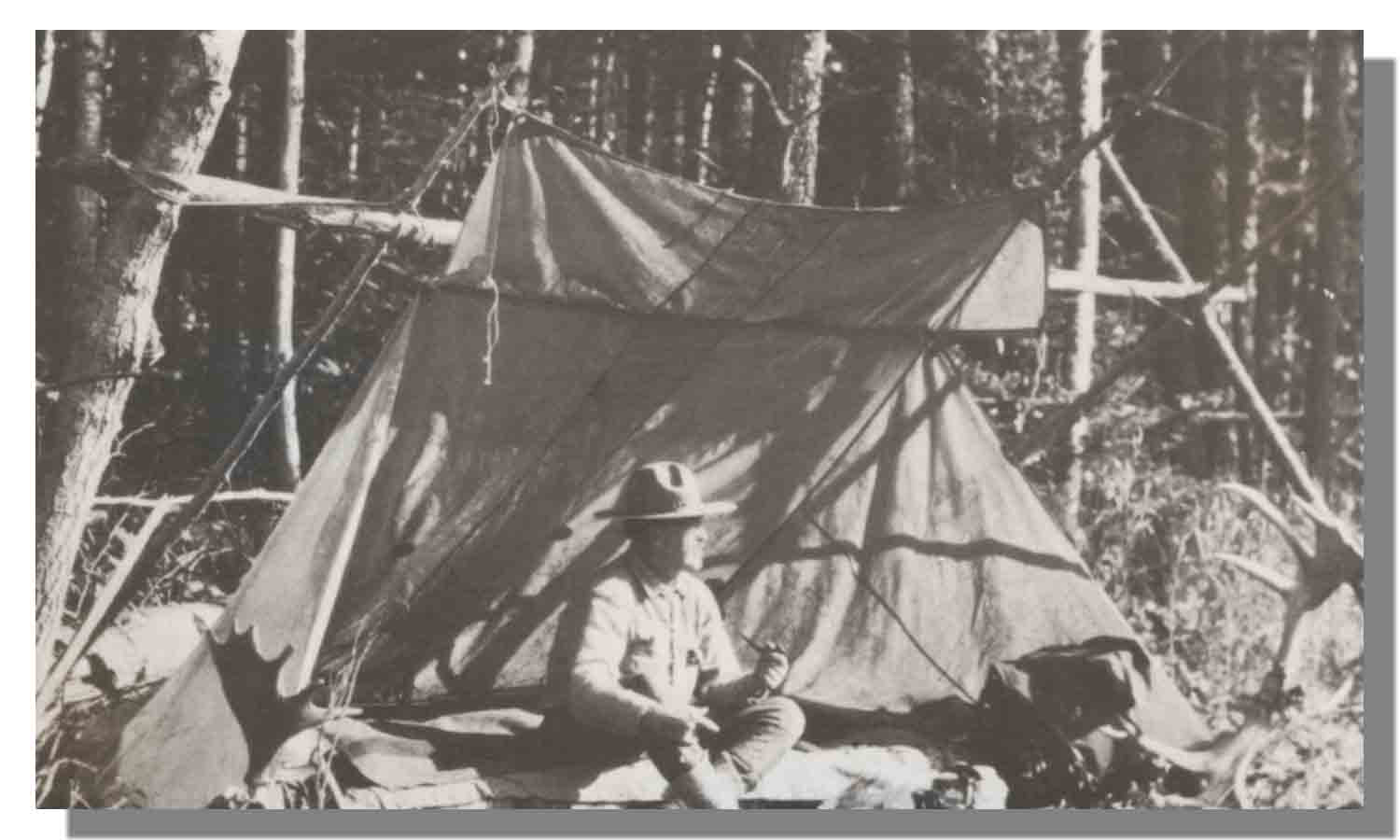 He shifted his seat to the deacon’s bench of his lean-to and the sermon continued. ‘That’s another reason why I like the open tent. I can see the stars, listen in on the local nightlife, soak up the warmth of my fire and smell all the things that make this free life in the open air worth living… bannock baking, coffee brewing and above all…the woodsmoke! It’s all about the smells, Jack. It’s all about the smells.’

Once in New Mexico (as we topped a mesa for a bit of sunrise therapy) he jacked the lever on his old Golden Boy…turned to me and whispered, ‘High quality gun oil will beat out ambrosia in an aromatic shootout…anywhere, any day, any time!’ And he wasn’t kiddin’ neither. “