By Christian Noble on September 4, 2013 in Nature & Conservation, News & Updates 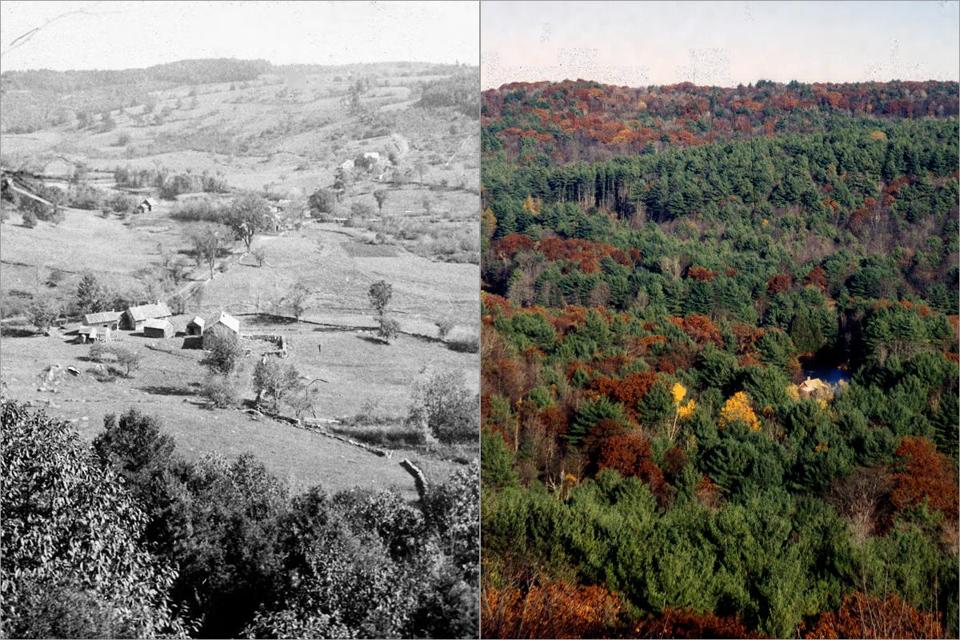 Across New England, areas like the Swift River Valley (above, left, in the 1880s and in 2010) in Petersham have seen their forests, once cut down and cleared for farmland, replenished in the 21st century.

From the aspect of green infrastructure in particular, I was delighted to see this article from the Boston Globe; New England sees a return to forests, wildlife by Colin Nickerson

However, keep in mind those folks in New England get the majority of their food and goods from somewhere else now.  So that old-field that went back to forest is now a field of crops elsewhere.  Same thing with the factory.

Anyway, I can speak from direct experience, a contiguous landbase is environmentally better than a fragmented one.  From riparian zones, wildlife corridors, to managing the forest in general (especially when using fire).

One Response to New England sees a return of forest, wildlife